Plan S is an initiative for Open Access publishing that was launched in September 2018, and updated in May 2019. The plan is supported by cOAlition S, an international consortium of research funders. Other entities, including the Swiss National Science Foundation (SNSF), support the approach but are not part of the Consortium (see list of consortium members and supporters).

With effect from 2021, all scholarly publications on the results from research funded by public or private grants provided by national, regional and international research councils and funding bodies, must be published in Open Access Journals, on Open Access Platforms, or made immediately available through Open Access Repositories without embargo.

Plan S sets out 10 guiding principles, including for example:

The practical aspects of this plan are described in an implementation guidance that lists 10 development items, two of them related to the infrastructure (repositories...)

Only persons who have obtained funds from cOAlition S organizations are directly affected by Plan S. Research funded by the SNSF is not currently concerned, except in the case of co-financing or collaboration with European research groups. It should be noted that sanctions for researchers who have not complied with the conditions of Plan S are expected.

In Switzerland, the national Open Access strategy is obviously part of this major paradigm shift, and all publicly funded publications shall be made Open Access not after 2024. Swissuniversities, in charge of the implementation of this strategy, is negociating with major international publishers (Wiley, Springer, Elsevier, etc.) to offer Swiss researchers the necessary conditions to publish their research results.

Institutional repositories, like Archive ouverte UNIGE, are adequate tools to achieve the immediate Open Access desired by Plan S. Authors are encouraged to deposit their publications, regardless of where they were originally published (subscription journal, OA platform, etc.), in the final version of the manuscript (Author Accepted Manuscript) or in the published version (Version of Record).

Plan S is aiming a high level of services from institutional repositories, and technical adaptations are necessary in the Archive ouverte to meet all requirements (terminology, metadata, licenses...) 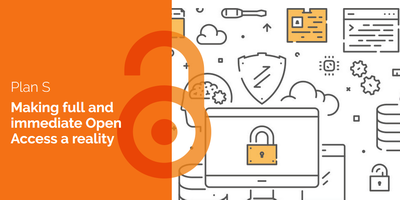 Until 6 January 2020, cOAlition S is seeking the opinion of the scientific community on "transformative journals", one of the key measures to achieve the objectives of Plan S.

In February 2019, cOAlition S asked the scientific community to comment on the first version of Plan S. A significant number of feedback was sent to the initiators, who took them into account when drafting the final version now published.

Written feedback from the various parties is now available on Zenodo: https://www.zenodo.org/record/2533398.

Comments on these feedback and on the choices made during the drafting of the final version of Plan S are also available online: https://www.coalition-s.org/rationale-for-the-revisions/