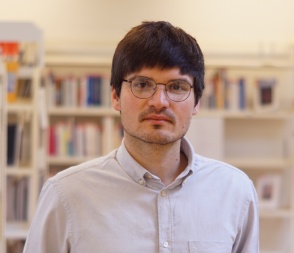 Edward van Daalen, who has been a researcher at the Centre for Children’s Rights Studies between 2015 and 2019, has obtained his doctorate at the Law Faculty of the University of Geneva on 24 November 2020. His thesis is entitled: Decolonising the Global Child Labour Regime: The ILO, Trade Unions, and Organised Working Children

The thesis presents a longue durée history of the global child labour regime (1857–2017) with a focus on the colonial and post-colonial dynamics between the West and the Third World, and on the particular roles played by the ILO, trade unions, and working children themselves. By making these roles and dynamics explicit, the thesis challenges the mainstream notion that child labour is prohibited by international law because it is a fundamental human right to be free from child labour. Instead, it shows that the economic and political interests of powerful Western states, industrialists and trade unions have primarily shaped the development of the regime, and that this has been resisted by working children themselves ever since the 19th century. The thesis concludes that this complex and volatile history has to be taken into account if one wants to understand the failings and challenges the regime is currently facing.

Research for his thesis has been undertaken in the framework of the interdisciplinary research project Living Rights in Translation. An interdisciplinary approach of working children's rights funded by the Swiss National Science Foundation.

The thesis was conducted under the supervision of Prof. Karl Hanson, Director of the Centre for Children’s Rights Studies and Professor at the Law Faculty of the University of Geneva. The jury of the thesis was composed of :

We warmly congratulate Edward for this achievement!