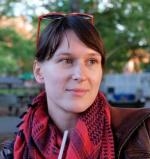 During my research stay at Prof. Judith Hall's Social Interaction Laboratory at Northeastern University (Boston), I also developed a short computer-based training to improve people's ability to accurately recognize emotions in others from their nonverbal behavior.

You can find detailed information on emotional competence research at the CISA, including my own research, on this page .

My full list of publications can be found on Researchgate or on Google Scholar.

These are some of my current research interests:

This test consists of four subtests that measure emotion recognition, emotion understanding, emotion regulation in oneself, and emotion management in others in a work context. Like the GERT, the GECO is a performance-based measure, not a self-report questionnaire.

This test measures emotion understanding and knowledge about emotions with two performance-based tests.

Schlegel, K. (2017, July). Effectiveness of a new training for multimodal emotion recognition ability. Paper presented at the Meeting of the International Society for Research on Emotion; St. Louis, MO.

Schlegel, K., & Hall, J. A. (2017, January). Emotional attunement in the observation of social situations. Paper presented at the Nonverbal Preconference of the 18th Annual Convention of the Society for Personality and Social Psychology, San Diego, CA.

Schlegel, K., Vicaria, I. M., & Isaacowitz, D. M. (in press). Facets of interpersonal accuracy across the lifespan: Is there a single skill in older age? Journal of Nonverbal Behavior.

Schlegel, K., Boone, R. T., & Hall, J. A. (2017). Individual differences in interpersonal accuracy: Using meta-analysis to assess whether judging other people is one skill or many. Journal of Nonverbal Behavior.

Emotional competence research and tests at the CISA