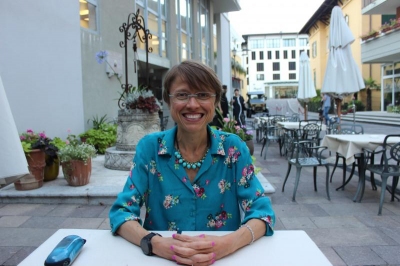 Professor of Political Theory at the Department of Political Science and International Relations and Vice-Dean of the School of Social Sciences, University of Geneva.

Emanuela Ceva specializes in political philosophy, with a particular interest in institutional theory.  She has held visiting fellowships, among others, at the universities of Oxford, St. Andrews, Montréal, Hitotsubashi (Tokyo), KU Leuven, and Harvard. In 2018, she received a Fulbright Scholarship in philosophy.  She joined the Swiss Centre in Affective Sciences in 2020.

Emanuela Ceva works on themes of justice, democracy, corruption, trust, and the political role of moral emotions. One of her current research projects analyses on what normative grounds officeholders may mutually trust their interrelated conduct to sustain the functioning of their institution. It also identifies the ethical and emotional bases for activating the internal self-correcting capacity of an institution when the officeholders’ interrelated action fails.