Emotional Intelligence has an interesting and varied story...

For such a well-meaning idea it has triggered controversy, divisions and rivalry.  This debate is testimony to the importance and complexity of the concept, but also highlights the need for a new approach to progress in this area.

EI was not christened until last century but it’s claimed that its roots have been established for some time. As far back as Aristotle, it was proposed that emotions and rationality were interconnected suggesting that ‘passions’ were guiding motivators of human behaviour rather than whimsical, uncontrolled feelings that got in the way of decision-making.

A person that does not get angry when anger is called for is a social idiot.

However, for much of history this notion was left undeveloped with a continuation of the widely held belief that ‘emotion’ and ‘intelligence’ were in opposition and that emotions impede rational thinking. 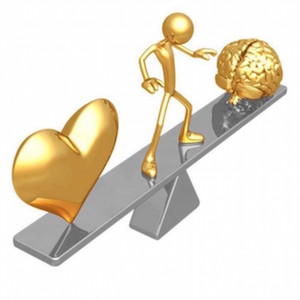 In the early 19th century there were suggestions that different types of intelligence could exist. The term ‘social intelligence’ was first introduced by Dewey in 1909 and then developed by Thorndike, one of the pioneers of IQ testing, in 1920. Thorndike proposed that social intelligence was comprised of the ability to understand and manage other people and to act wisely in human relations.  Along with another IQ pioneer, David Wechsler, it was suggested that intelligence required more than abstract reasoning ability in order to adapt to the demands and opportunities that occur in our surrounding environment.

So far so good. There had been a gradual recognition amongst the academic world that there was more to intelligence than IQ and there was a need to develop concepts that could describe other aspects of intelligence, particularly in terms of emotions.

Alongside this, the work of Ekman and other psychologists in the late 1970s and 80s had resurrected Darwin’s ideas that some expressions of emotion were universal and evolved to allow us to adapt and function in our environment, supporting the idea that emotions help to make our thought processes adaptive. In parallel, Rosenthal and several other academics had started to focus on the fact that people vary in their ability to perceive and use emotions and began to develop the first tests to try to measure such individual differences.

It seemed that Artistotle’s proposal about the link between rationality or intelligence and emotions was finally making its mark in modern psychology. However this safe and gradual development was not to continue…

The "birth" of emotional Intelligence

The first scientific publication that concretely used the term EI and raised a lot of interest was by Salovey and Mayer in 1990. This described it as a form of social intelligence and defined EI as

“the ability to monitor one’s own and others’ feelings and emotions, to discriminate among them and to use this information to guide one’s thinking and actions”

Salovey and Mayer proposed a model of EI that compartmentalised EI into four different aspects (perception, facilitation, understanding and management) which is described in more detail in the section 'Current Models'. It seemed that finally this important concept was to get definition and measurement and, alongside this, an unexpected surge to popularity…

The rise of Emotional Intelligence

The huge growth in public interest around EI began with Daniel Goleman’s book in 1995 called Emotional Intelligence. Goleman was a scientific journalist on the New York Times with academic training in the behaviourial sciences.

The book was a best-seller and received extensive coverage in the press, including a cover story in Time magazine (Gibbs, 1995) and an episode on the Oprah Winfrey show. It’s been suggested it attracted so much attention because of its extraordinary claims. Goleman (1995) wrote about the importance and potential of EI. He stated that

“what data exist, suggest it can be as powerful, and at times more powerful, than IQ”

and declared that emotional intelligence was an answer to the violence plaguing our schools. A few years later, Goleman (1998) remarked that “nearly 90% of the difference” between star performers at work and average ones was due to EI.

The popularity brought a rapid increase in the number of scientific journal articles published on the subject from the late 1990s. This, in turn, brought multiple research approaches and methods at the same time.

Alongside Salovey and Mayer many other theories and models sprang up to focus on this new-found star of organisational psychology. Bar-On developed a model of emotional-social intelligence and the EQ-I to measure EI.  More recently Petrides with other researchers proposed the so-called trait model of EI, which suggests EI consists of personality facets such as self-confidence, optimism and empathy. Meanwhile Goleman teamed up with Boyatzis and McKee to produce a model of EI and leadership in the workplace.

This outbreak of activity caused a certain amount of confusion for scientists, practitioners and the general public. These different approaches to EI are examined in more depth in the section 'Controversy', which looks at some of the theoretical disagreements in this area.