Since 2012, our group has been central in several ATLAS searches for heavy resonances decaying in two jets, which are the most direct probe of new physics at hadron colliders due to the enormous di-jet cross-section.

We gave a major contribution to two publications based on the 2015 dataset, [ATLAS-CONF-2015-042] and [PLB 754 (2016) 302-322]. We were involved in general performance and systematic uncertainty studies, trigger, fit stability and robustness, signal sensitivities, and managed the data format used by the full analysis group.

No significant excess was observed in either resonant or angular distributions, as shown in the figures below. 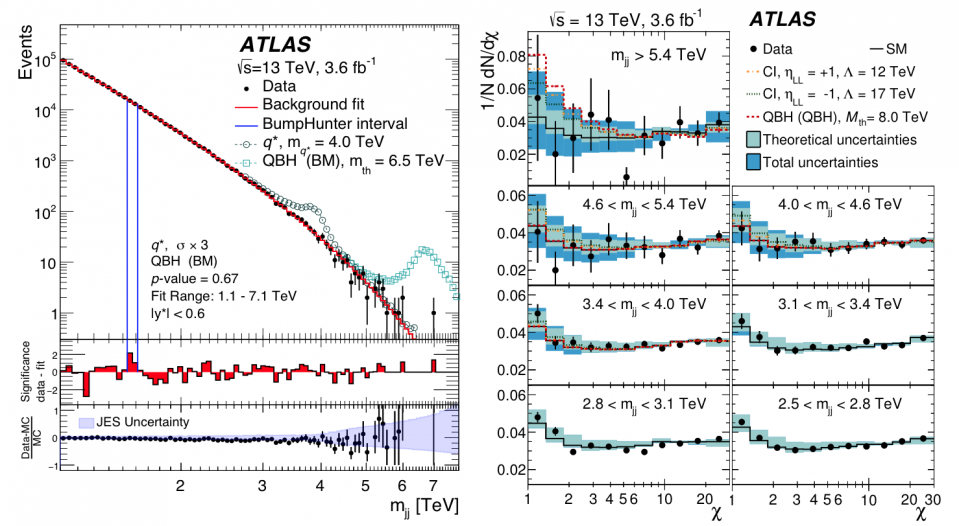