LHC physics in a nutshell

2.5 millennia ago Democritus had the first great vision: “Atoms are indivisible, elementary grains of reality”. He had a sound argument, here his Gedankenexperiment: “Imagine that you break up a piece of matter ad infinitum. What would be left?”

He goes on: “Just as by combining letters of the alphabet in different ways we may obtain comedies or tragedies, ridiculous stories or epic poems, so elementary atoms combine to produce the world in its endless variety.” [Carlo Rovelli, “Reality Is Not What It Seems.”]

It took 2.5 millennia to experimentally confirm this. (Einstein in 1905 on Brownian motion)

Experimental inconsistencies (Michelson-Morley experiment, black body radiation) led to the great revolutions of special relativity and quantum mechanics. Nowadays we understand Newtonian physics as an approximation of relativity for low speeds (compared to c), and an approximation of quantum mechanics for large sizes (as compared to the size of an atom).

“And probably everything that we know today, is an approximation of something else that we don’t yet know.” [Carlo Rovelli, “Reality Is Not What It Seems.”]

In analogy, the Standard Model (SM) is like Newtonian physics – a success story: it describes all visible matter, all forces (with the exception of the gravitational force) and it describes how elementary particles acquire a mass (Higgs mechanism). All predictions are verified by experiment with excellent precision for more than 50 years. The last piece to this puzzle was added in 2012: the Higgs boson discovery.

Now we try to test the limits of this SM to find an inconsistency, a clue of physics Beyond the Standard Model (BSM). While Michelson-Morley and the black body conundrum led the way to high speeds and small sizes, respectively, we now push to high energies, where we expect a new theory to reveal itself...

The LHC provides a unique opportunity to explore this high-energy frontier to pioneer Terra Incognita.

Is the Higgs boson the last piece in the SM puzzle?... 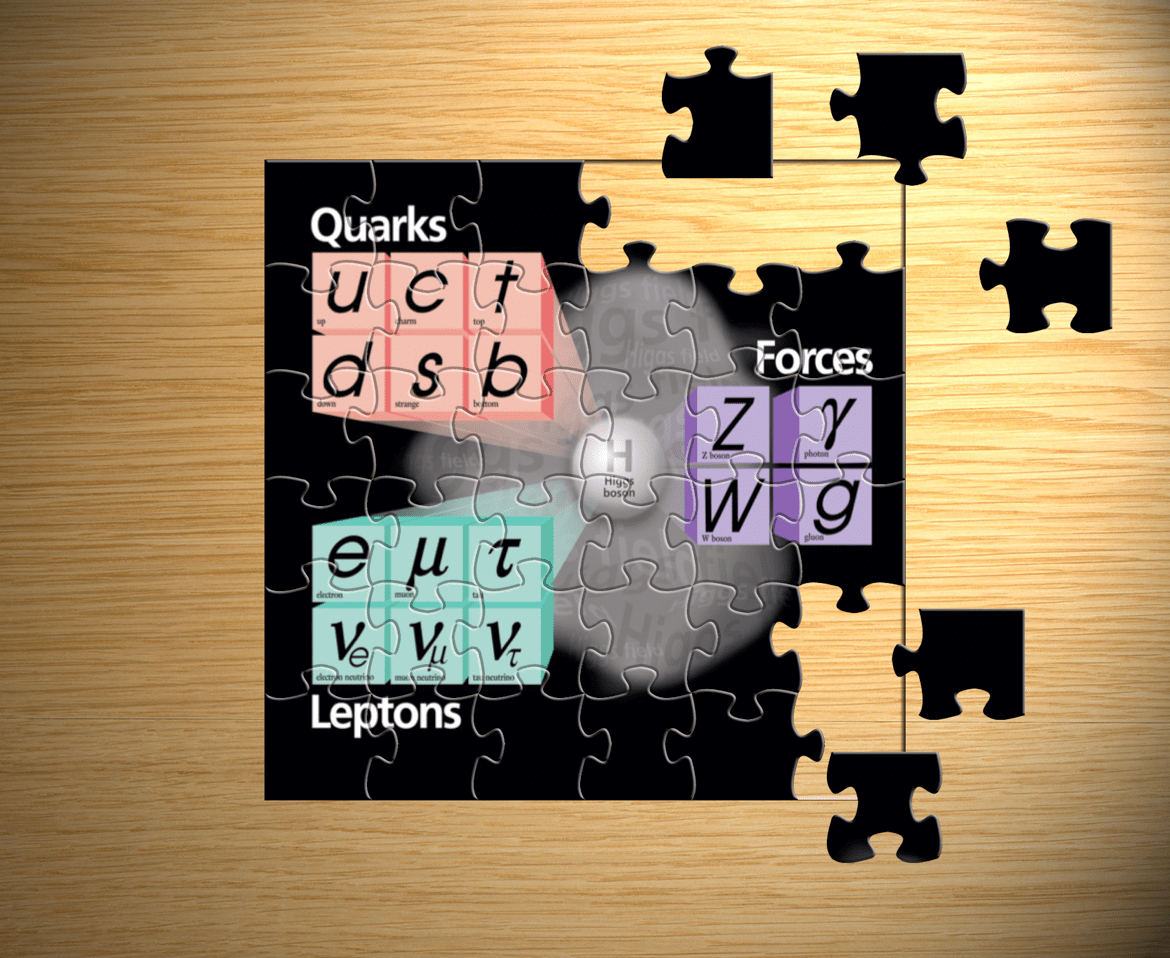 ...Or is the SM the first piece in a much larger puzzle where all the other pieces are still in the dark? 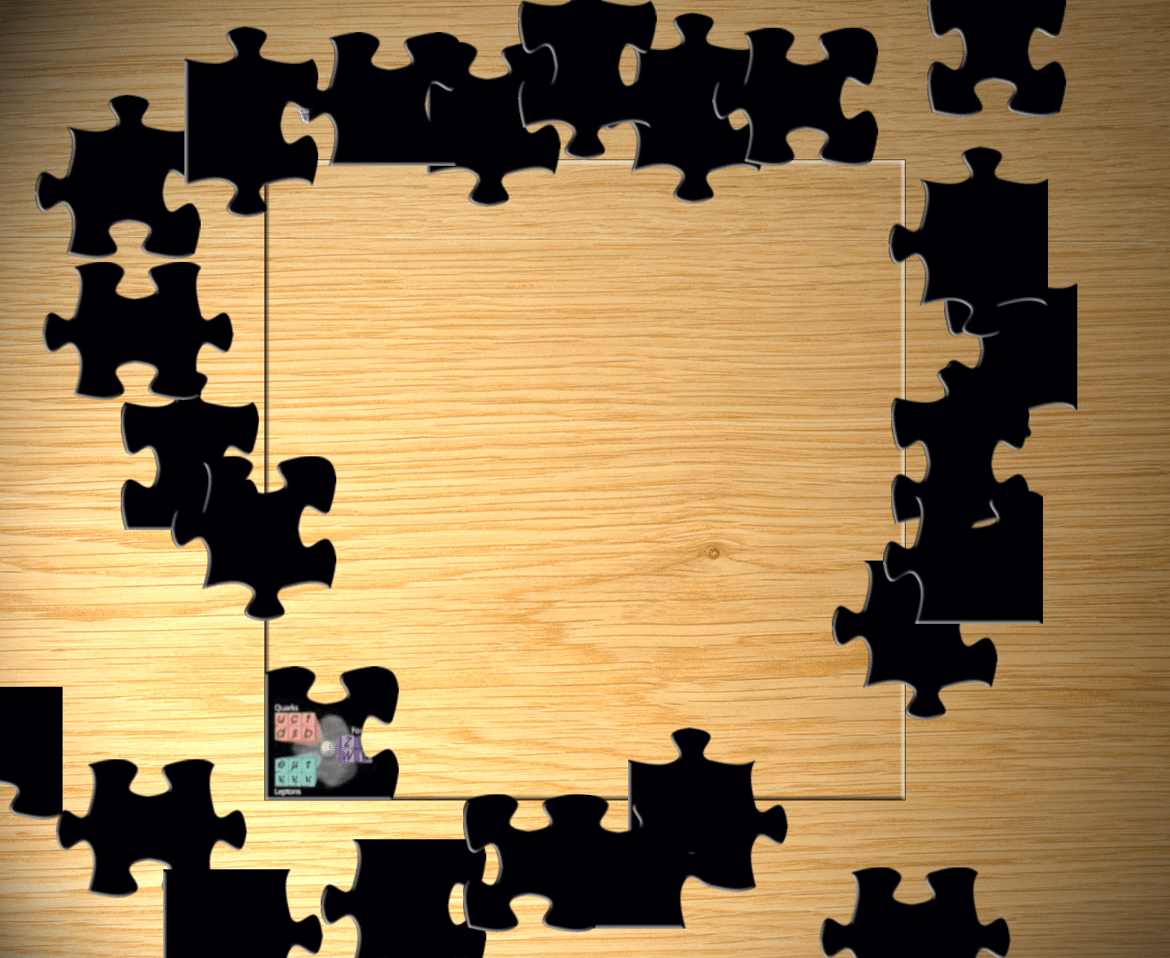 A step into the unknown with the LHC highest-energy collisions: terra incognita ahead of us 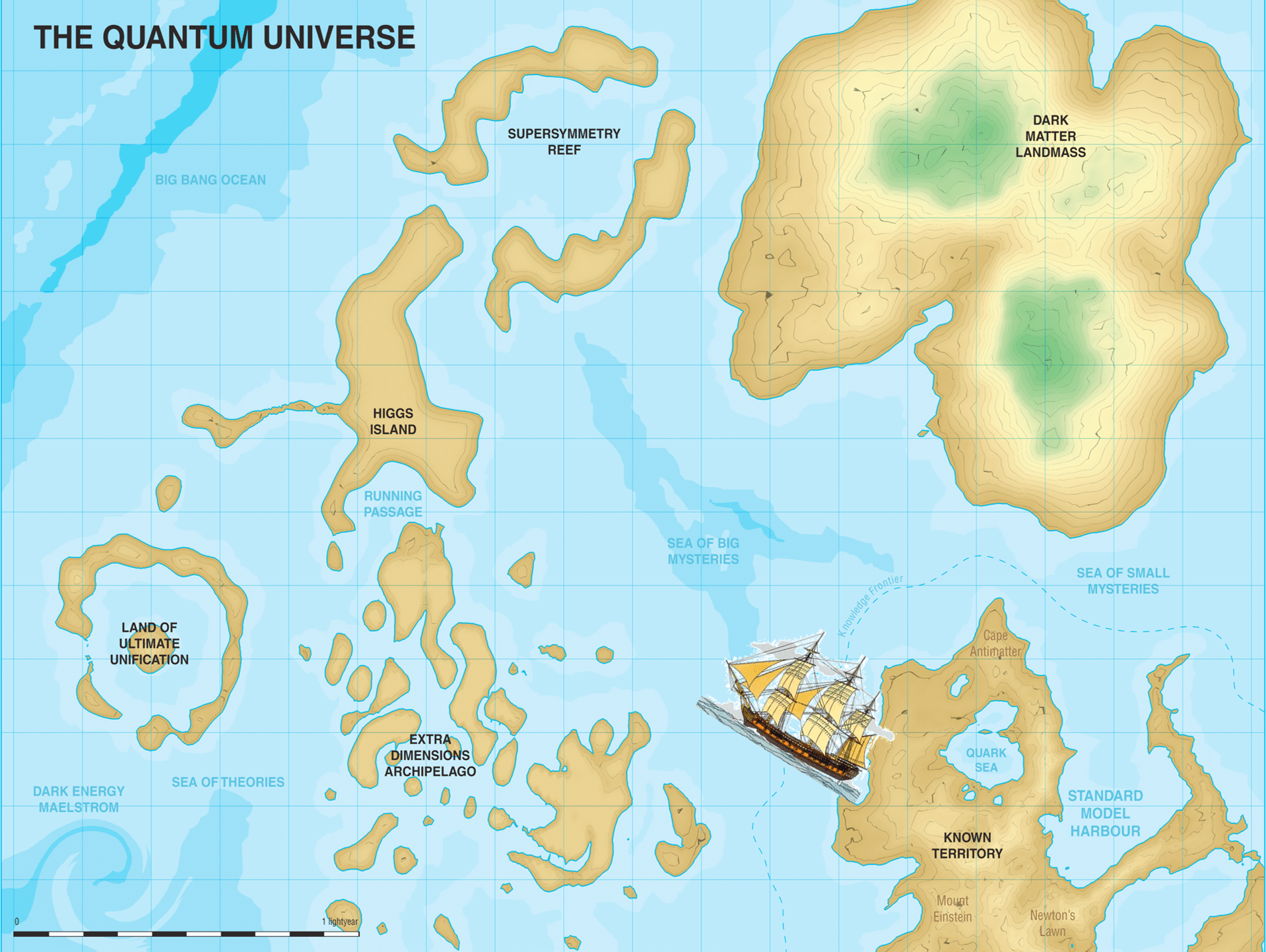 Columbus all over again: discovering uncharted territory with the LHC vessel 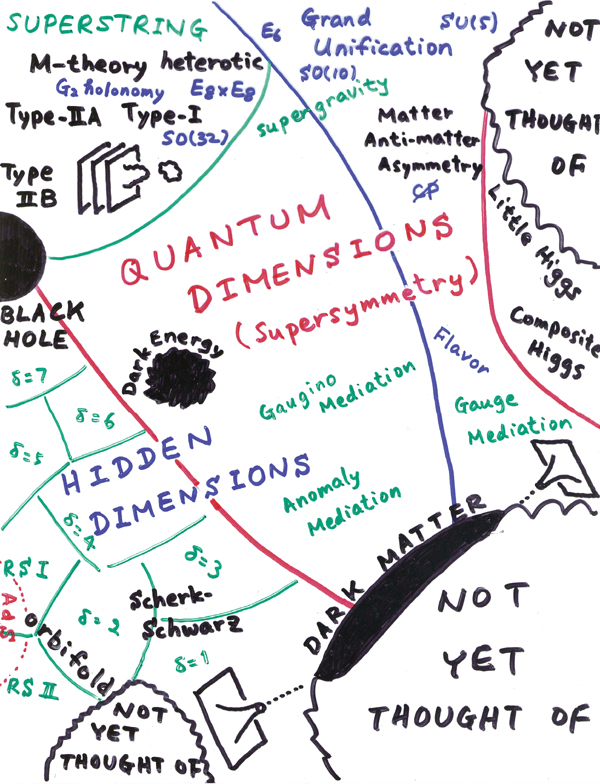 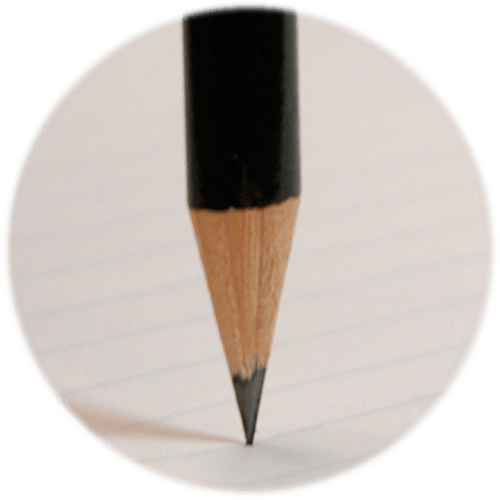 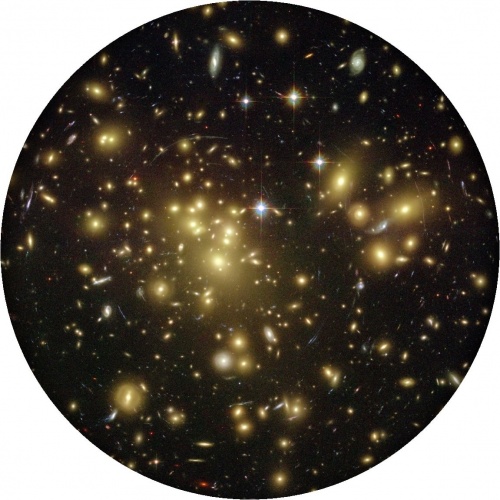 What is the Hierarchy problem?

In layman’s terms: finding a Higgs boson as low as 125 GeV is as unlikely as it is difficult to put a pencil on its tip, or like winning the lottery on first try when the odds are 1 in 1032

The grand ideas to address the hierarchy problem

By adding for each known SM particle a supersymmetric partner the low Higgs mass can be explained naturally. Similar arguments can be made if the fermions are hypothesized to be composed of more fundamental constituents, or if extra dimensions of space exist. 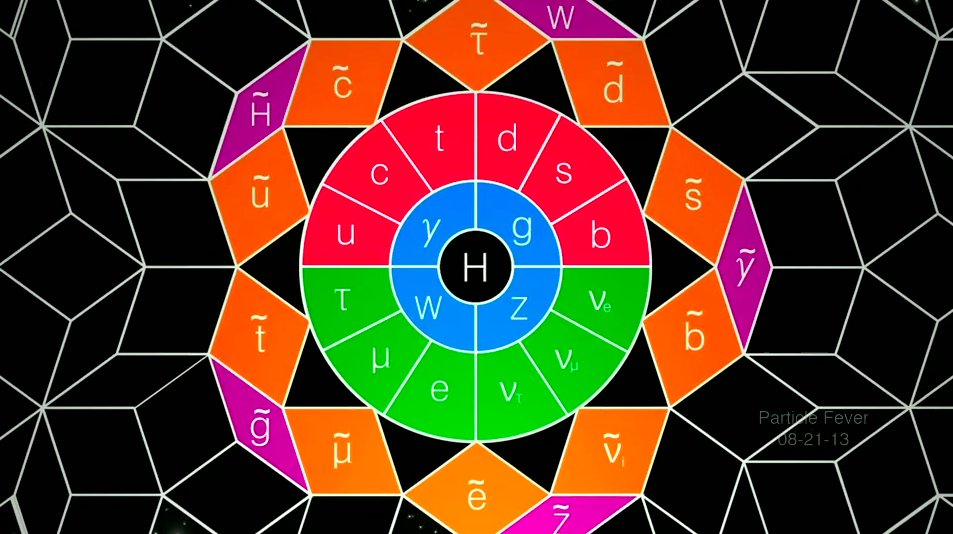 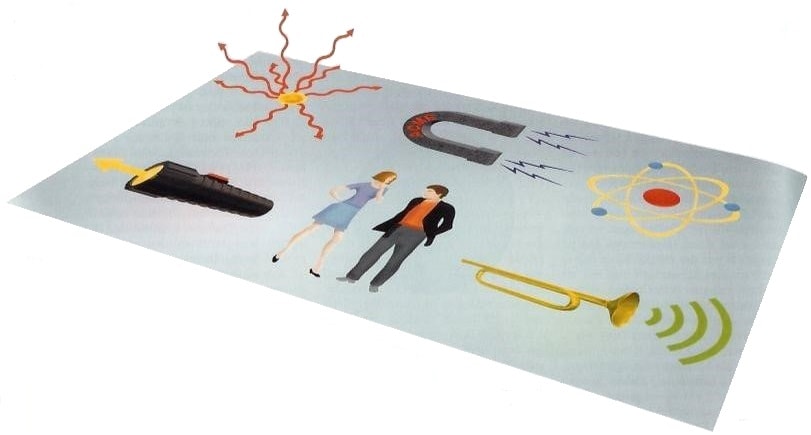 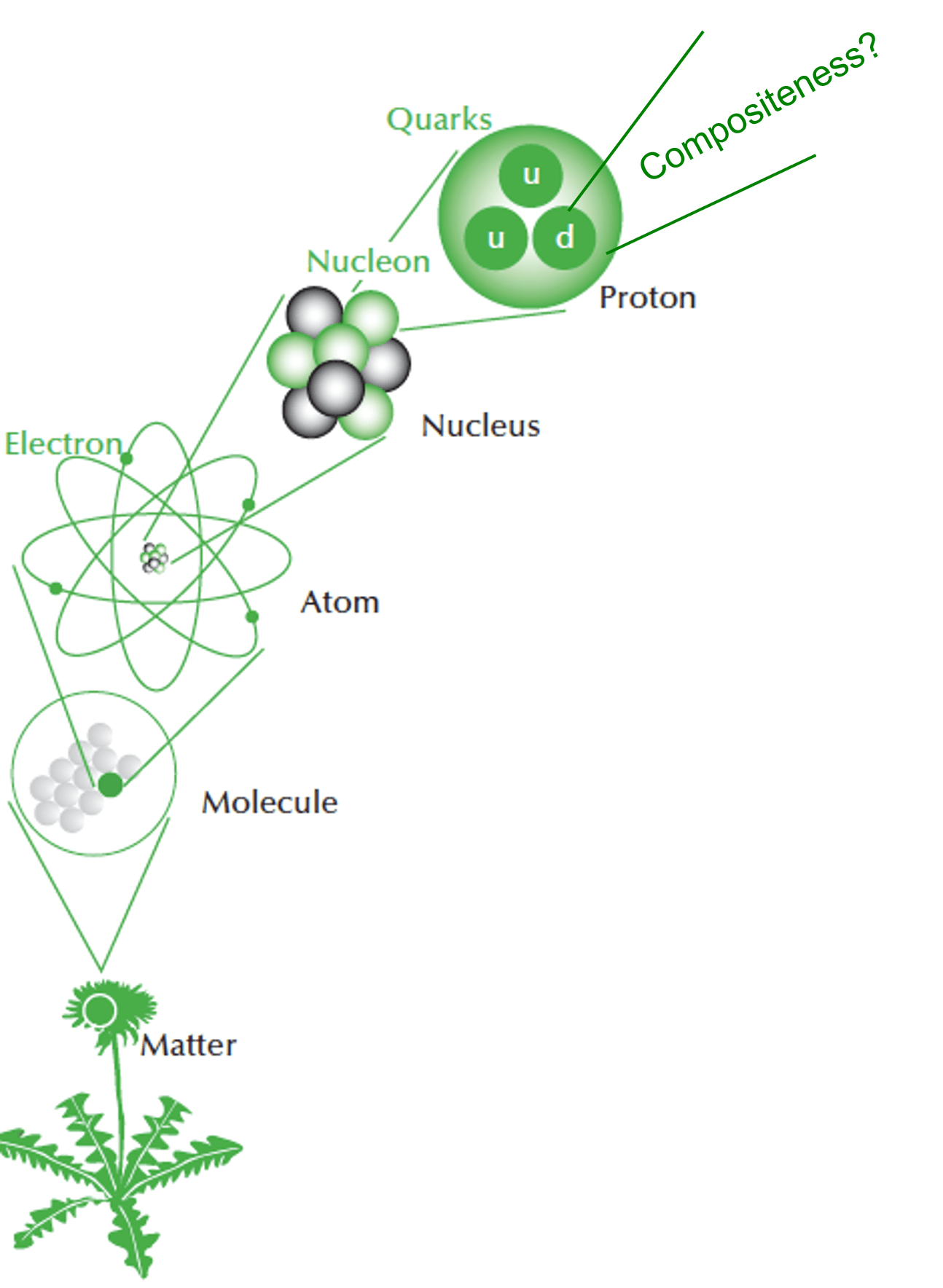 What is Dark Matter 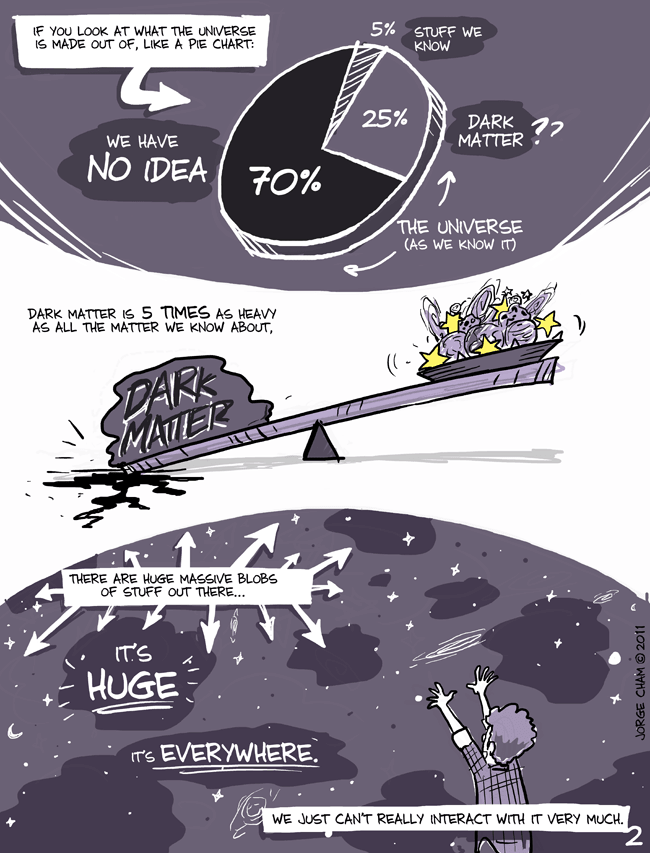 The LHC can potentially address both of these problems!

The things is, we have this collider...

And we can produce new particles with it, assuming we have enough energy (that’s the big deal about the energy!). There is a good chance that we can produce Dark Matter particles in LHC collisions, or supersymmetric particles, or we discover more fundamental constituents of matter or extra dimensions of space, or... something altogether different! 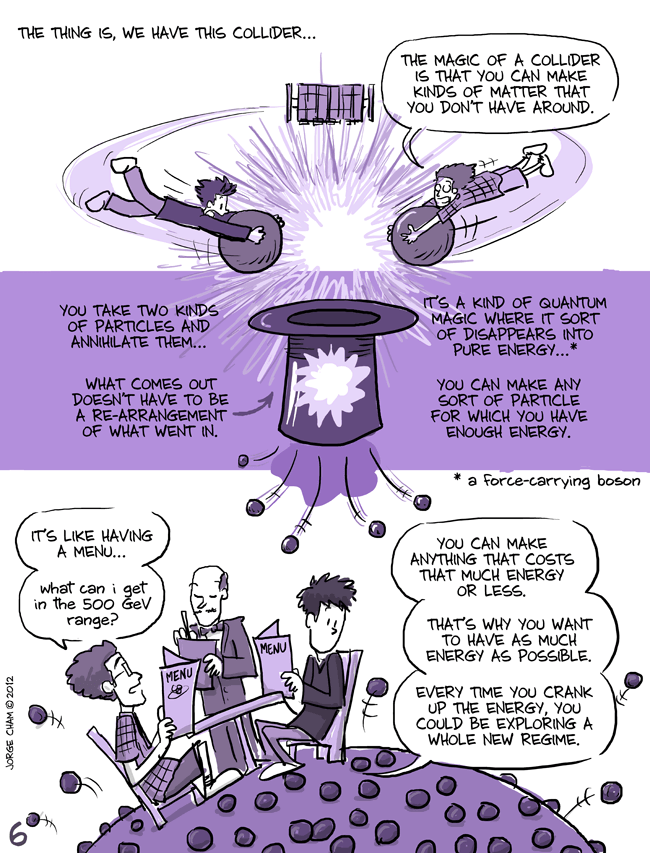 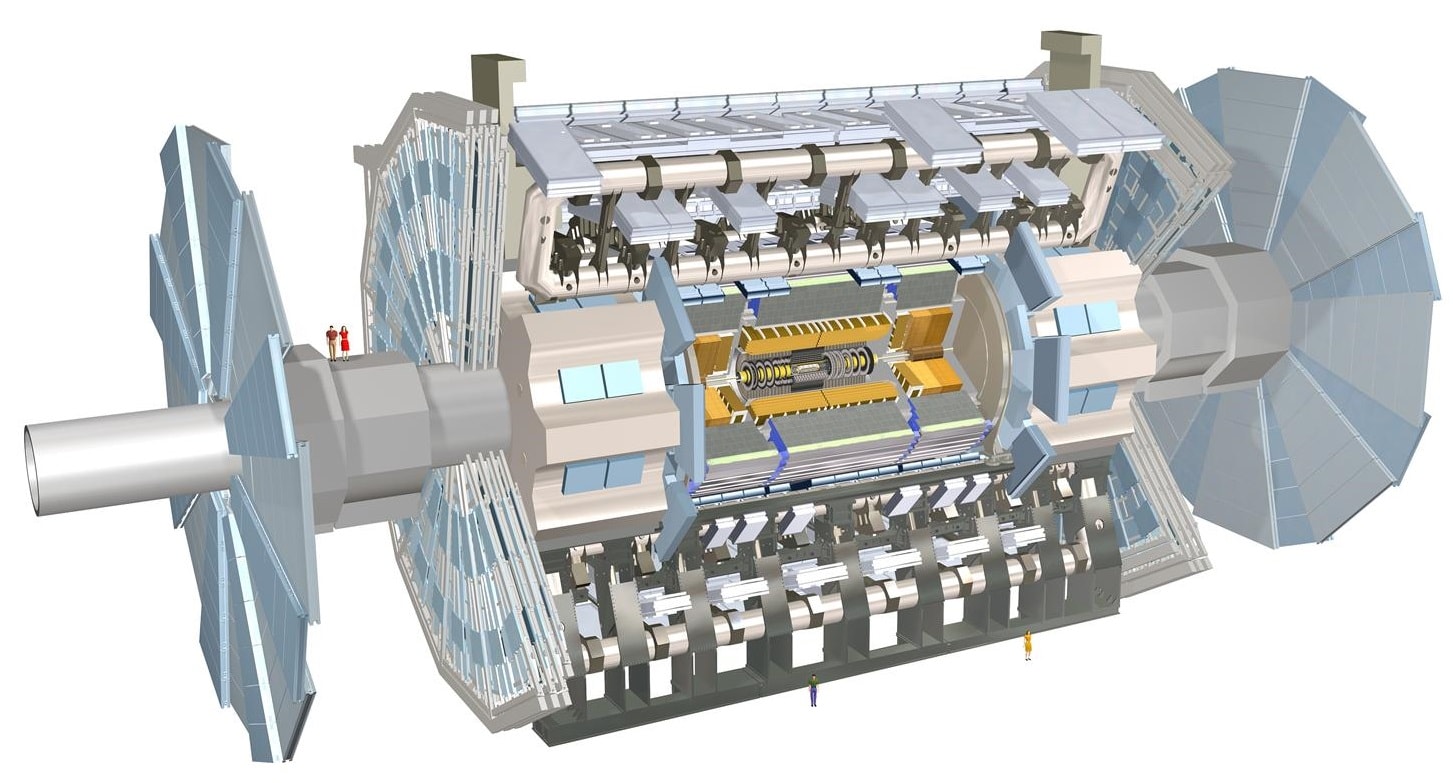 The landscape of theoretical extension of the SM translates into ATLAS “photos” with particular experimental signatures. Some stick out like a sore thumb and others are very very subtle... In addition, we try to be agnostic to any theory bias and we look for any kind of deviation from the SM expectation. 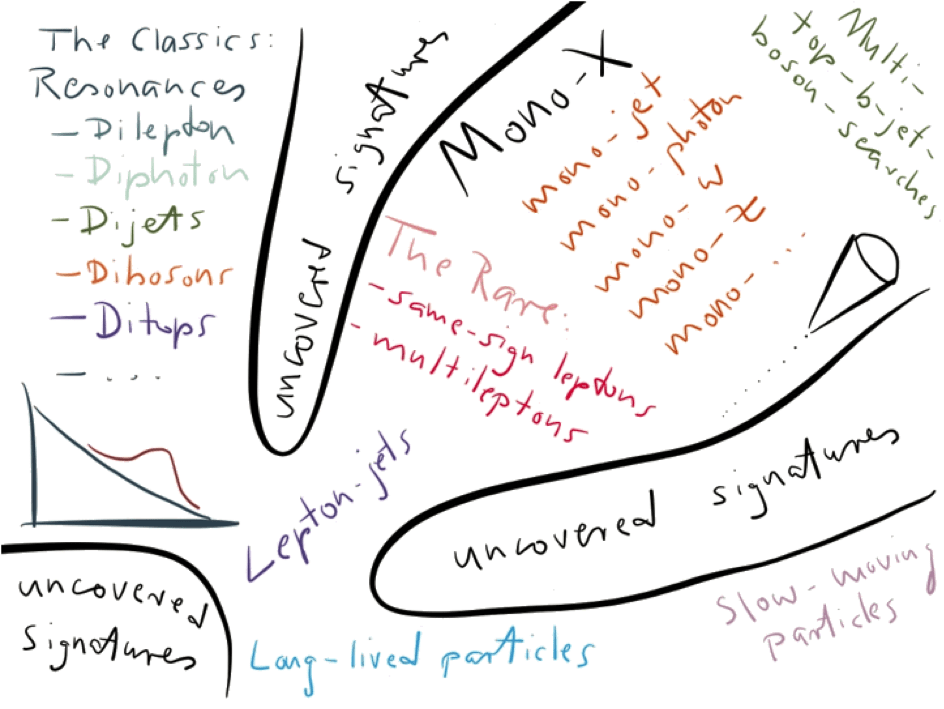 Higgs as a window to new physics

The Higgs boson discovery in 2012 represents the most recent and last addition to the SM. There is still a lot unknown about this Higgs. Hence, we have an intense physics program to study its production and decay and to check if there is a larger family of Higgs bosons. 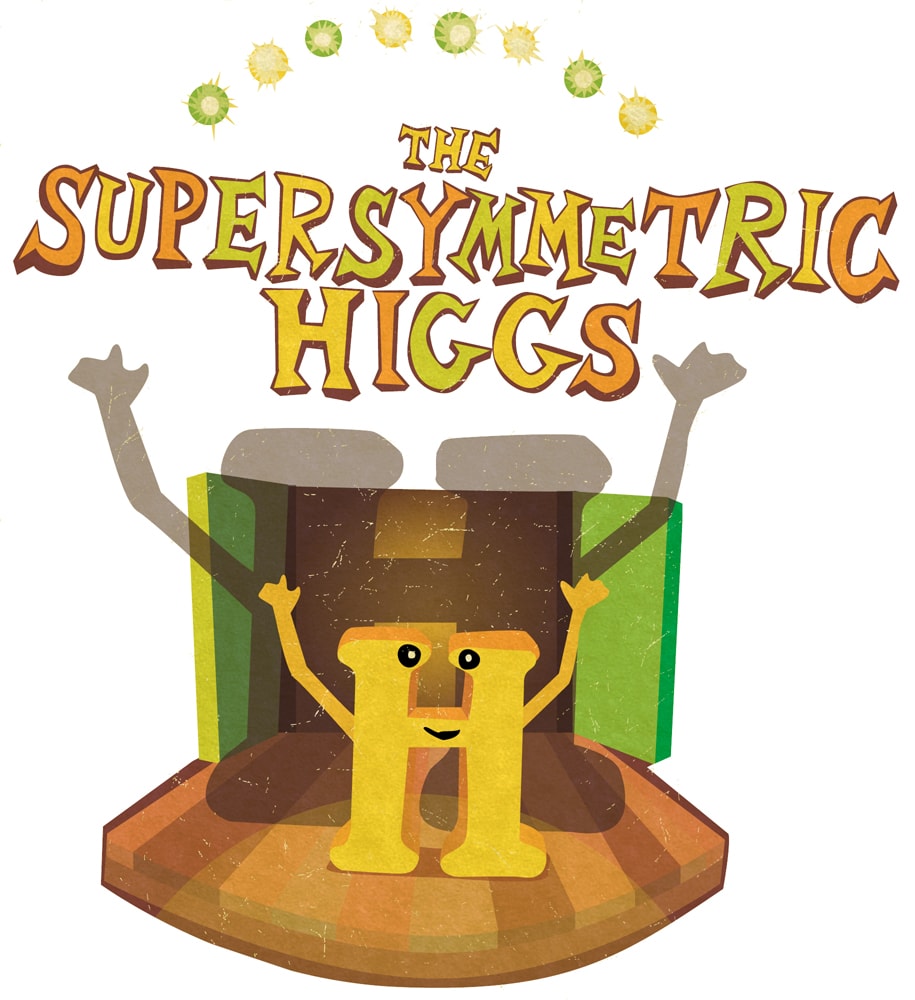 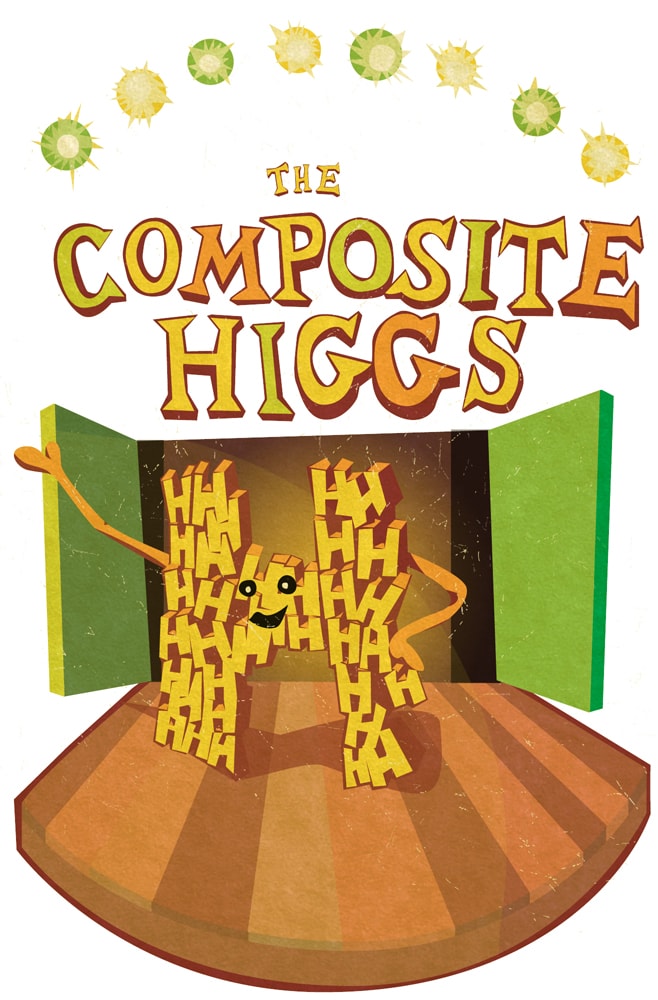 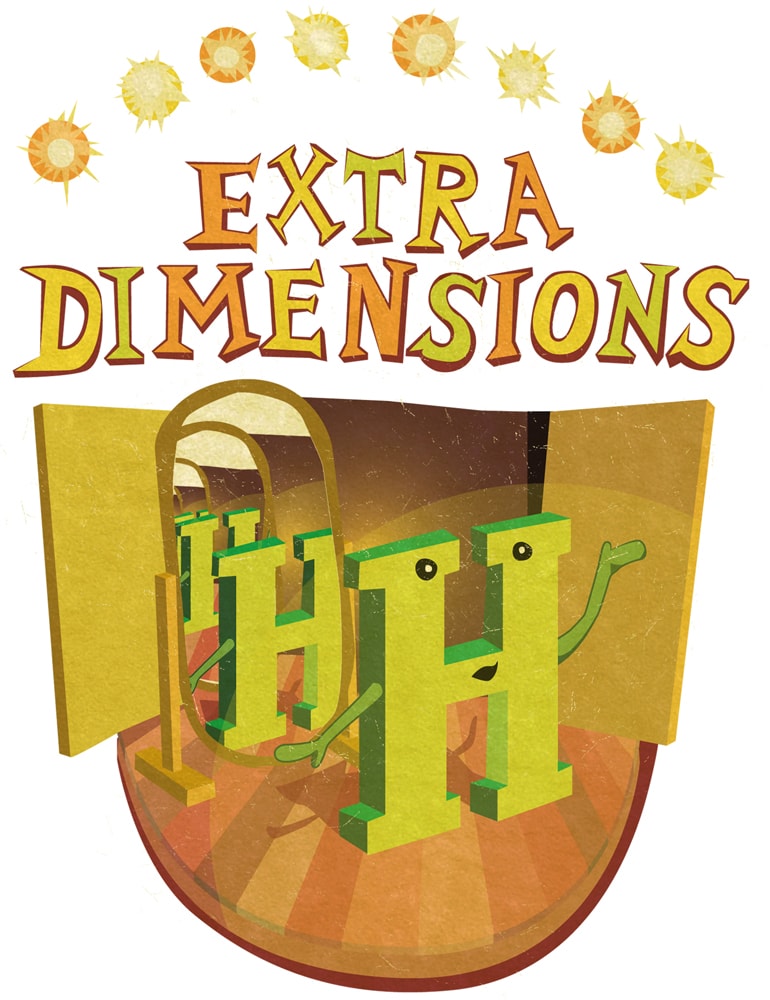 What if there is the “physics desert” in front of us and all new physics is out of reach, meaning it is not in our energy budget. This is why we already now think about an energy upgrade of the LHC (roughly doubling the energy), or we build an even bigger collider, the Future Circular Collider FCC with a seven-fold energy increase. Of course this could all be not enough... but we have to try our luck!

The other nightmare scenario is that the new physics is in reach and in fact it could be already in our data, but it is subtle and hidden and we missed it, or worse, we didn’t record the photos of the corresponding experimental signatures. The good news is that we have by far not yet exhausted the information contained in our data – modern Machine Learning is a very promising way forward in this respect.

Using Machine Learning to unlock the mysteries of the universe

Artificial intelligence is a booming field with new insights every year. It has great prospects to solve pressing physics problems. Promising areas of the application of machine learning to LHC physics program include: 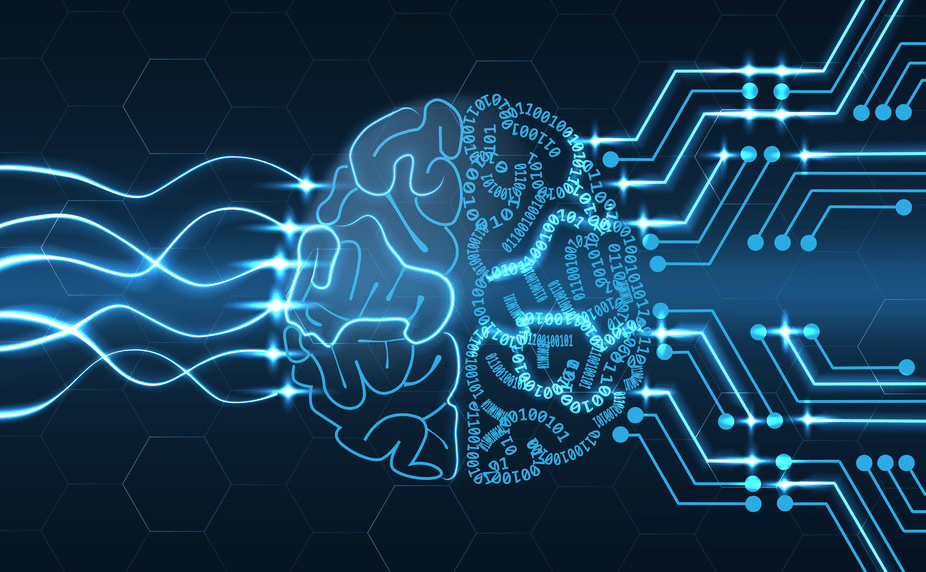