No neutrino emission from a binary neutron star merger

Today, the LIGO and Virgo collaborations have announced the detection of a new gravitational wave event, GW170817, which constitutes the first time that a binary neutron star merger has been detected with the LIGO observatory. This unique observation is even more compelling since the same collision was seen by the Fermi and INTEGRAL satellites as a result of a short gamma-ray burst (GRB) and, subsequently, across the electromagnetic spectrum, with radio, optical, and X-ray detections. These observations made it possible for the first time to pinpoint the source location of a gravitational wave event. The source was found to be in a galaxy 130 million light years away, known as NGC 4993. 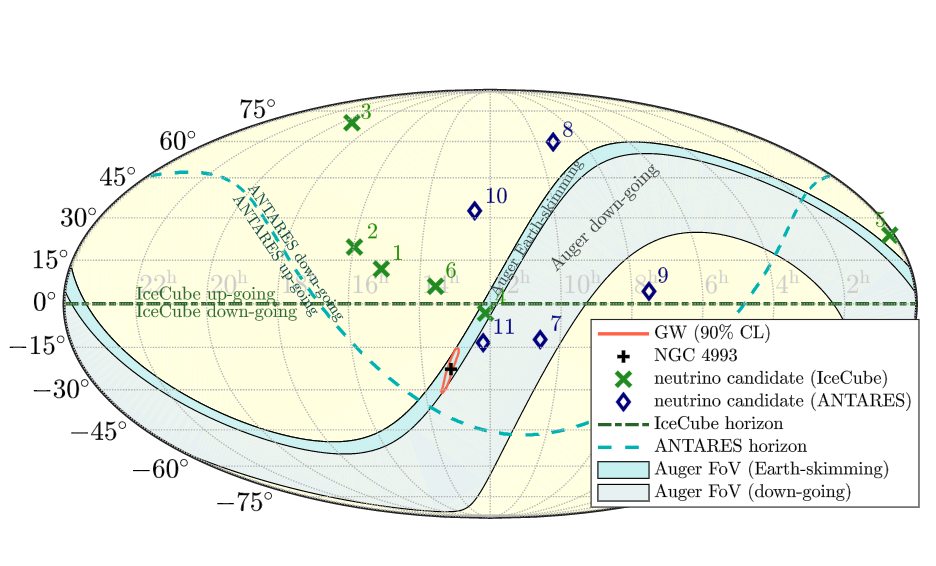