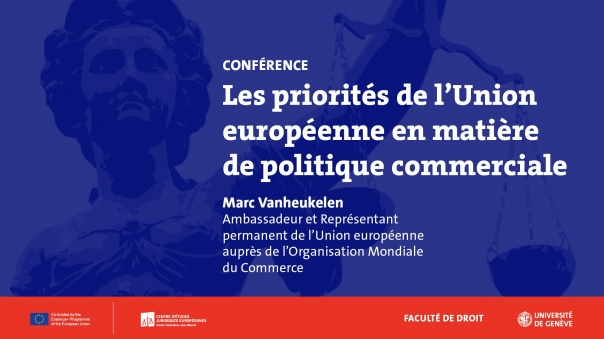 Mr. Marc Vanheukelen has been Ambassador, Permanent Representative of the European Union to the World Trade Organization (WTO) since 14 September 2015. He brings a wealth of European Union and international experience to his new position.

Prior to his posting to Geneva Mr. Vanheukelen was most recently Director in DG TRADE (European Commission) responsible for sustainable development, economic partnership agreements, and, agri-food and fisheries, preceded by his role as Head of Cabinet for (former) EU Trade Commissioner Karel de Gucht.

Mr. Vanheukelen has had a long-standing career in various departments of the European Commission (external relations, budgetary matters, environment, and, economic and financial affairs), and has also served as Head of Cabinet to the former Belgian Minister for Foreign Affairs and as Cabinet member for the EU Commissioner in charge of Regional Policy.

He has taught and lectured widely on issues relating to international trade, economics and EU affairs.