The Challenge of Challenges in Investor-State Arbitration
Ms Meg Kinnear

A cocktail will be served after the Lecture 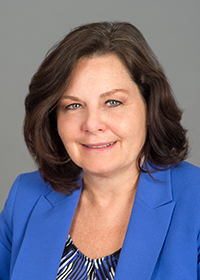 Meg Kinnear is the Secretary-General of the International Centre for Settlement of Investment Disputes (ICSID), a position that she has held since June 2009.

Previously, Ms Kinnear was Senior General Counsel (2006-2009) and Director General (1999-2006) of the Trade Law Bureau of Canada. Prior to this, she worked as the Executive Assistant to the Deputy Minister of Justice of Canada (1996-1999) and Counsel at the Civil Litigation Section of the Canadian Department of Justice (1984-1996).

Ms Kinnear frequently speaks and has published on international investment law and procedure, including as co-author of "Investment Disputes under NAFTA" (Kluwer, 2006, 2008 and 2009).

Ms Kinnear holds degrees from the University of Virginia (LLM) and McGill University (LLB). She is admitted to the Bar of the Law Society of Upper Canada (Ontario) and the District of Columbia Bar.