A cocktail will be served after the lecture

Member of the International Court of Justice since 6 February 2009. 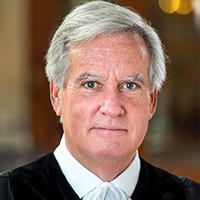 Knight Bachelor, for services to public international law, 2009. Companion of the Order of Saint Michael and Saint George, 2002.

Member of the Panels of Arbitrators for the Law of the Sea Treaty and the International Centre for the Settlement of Investment Disputes.

Counsel before the European Court of Human Rights, the Court of Justice of the European Communities, the International Criminal Tribunal for the Former Yugoslavia, the United Nations Compensation Commission and various international arbitration tribunals.

Counsel in cases in Bermuda and Gibraltar; expert witness in cases in the United States of America and Canada.