Giedre Lideikyte Huber is a Senior lecturer at the Faculty of Law and a Swiss National Science Foundation researcher (grant number: 182839; see project page). She specializes in tax law, and more specifically in taxation of philanthropy, corporate taxation and sustainable tax systems (including gender and climate issues in taxation).

Giedre Lideikyte Huber holds a PhD in Tax Law (summa cum laude) of the University of Geneva. Her doctoral thesis “Conceptual problems of a Corporate Tax (Swiss and Comparative Aspects)”, directed by Profs. Xavier Oberson and Henry Peter, and defended in 2017, received the Edgar Aubert Award 2017-2018 and was subsequently published by International Bureau for Fiscal documentation (IBFD) as a peer-reviewed monograph. She holds bachelors of Law from the University of Geneva and Vilnius University (Lithuania), a MA of Advanced Studies in Business Law (highest honours) from the University of Geneva and a MA in European Public Affairs from Maastricht University (the Netherlands). She also completed a Diploma in International Trust Management awarded by the Society of Trust and Estate Practitioners (Best Student Award).

During her academic career, Giedre was a visiting scholar at the University of Zurich, Center of Competence for Sustainable Finance (CCSF) (2021), UC Berkeley School of Law (2015) and an exchange doctoral student at Harvard Law School (2014-2015).

In terms of the international academic collaborations, Giedre Lideikyte Huber has acted as Scientific expert for the OECD Centre for Tax Policy and Administration in the elaboration of the Report on Taxation and Philanthropy in Member States and Participating Countries. She is currently the National Rapporteur for Switzerland for International Academy of Comparative Law 2022 General Congress of the on the topic "Tax policies to mitigate climate change”. She is also a Member of the advisory committee on the project “The legal environment for philanthropy in Europe” of the Donors and Foundations network in Europe (DAFNE).

Her professional experience outside academia includes both the private (banking) and public sectors (Geneva cantonal tax authority). She also acts as a Member of the Board of the Geneva supervisory authority of foundations and pension funds (Autorité cantonale de surveillance des fondations et des institutions de prévoyance - ASFIP). 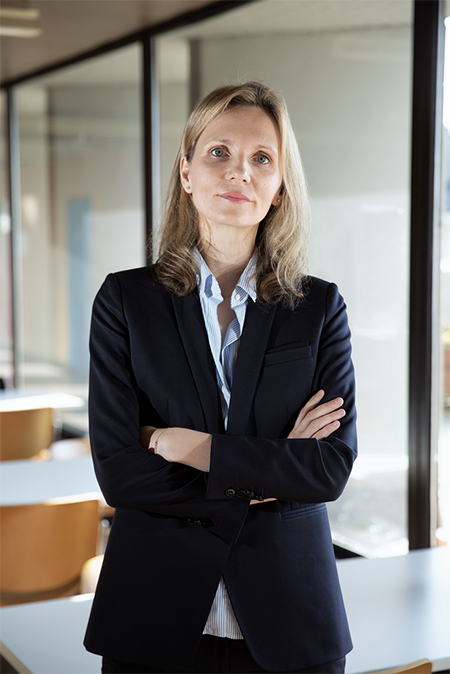