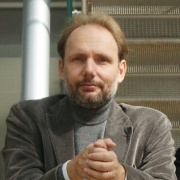 My background is the one of an experimental psychologist that focused mainly on neuroimaging (particularly fMRI) techniques. I carried out my PhD at the Cognitive Neuroscience Sector of the, International School for Advanced Studies (SISSA/ISAS) under the supervision of Prof. Raffaella I. Rumiati. My first post-doctoral experiences were carried out both at SISSA/ISAS and at the Institute of Neuroscience and Medicine of the Jülich Research Centre (Germany) with Prof. Gereon R. Fink. During that time I focused my research on body representations and embodied cognition, including their brain substrates. Following models arising from cognitive neuropsychology that proposed independent and dissociable body representations, I used neuroimaging techniques to disentangle the neural underpinnings of “Body Schema” (representation of the orientation of one’s own body segments in space) from those of “Body Structural Description” (abstract visuo-spatial model of position and body parts), and showed that judgments about a body part could be flexibly accomplished by recruiting either body systems, with activation of the corresponding brain networks. In a similar domain, I investigated the degree of which the motor system might affect linguistic proficiency. Furthermore, I focused also on cognitive and neural processes underlying economical decision-making, especially when we are asked to decide for our own welfare or in behalf of another person.

In late 2009 I joined the Swiss NCCR for Affective Sciences in Geneva, in the laboratory of prof. Patrik Vuilleumier. In this environment, I extended my earlier interests developed on body and motor representations to the domain of affective, and in particular painful, experiences. In particular, I employed multivoxel pattern analysis (MVPA) and showed that insular and cingulate cortex disclosed activity patterns which were observable both when participants felt a painful (rather than painless) stimulus on their hand and when they were cued about others’ pain (rather than about harmless events). Furthermore, the same patterns were also elicited when processing aversive, but painless, stimuli (aversive pictures, disgusting tastes) thus suggesting that at least part of the “pain-related” activity might reflect non-specific properties of the stimuli employed. Furthermore, I also investigated how the processing of others' pain interacts with mentalizing and agency. My research interest went also beyond the topic of pain, and involved the processing of emotionally-salient cues from facial expressions, and the formation and development of impressions about people.

In 2015 I joined the Faculty of Psychology and Educational Sciences (FAPSE) at the University of Geneva, and I established my own research group as part of an SNSF Professorship program.