Why The Governance In Your Organization Could Be Demotivating Employees

Civil society is governed by three powers (the legislative, executive and judicial branches), which must be independent. In the absence of a separation of powers, people find themselves in the presence of an autocratic regime, as is the case with a dictatorship or a feudal regime.

Well-thought-out governance must prevent an abuse of power. In civil society, the judiciary should play precisely this role of counter-power. If the judiciary is controlled by the executive, as is the case in autocratic countries, it is no longer a counterpower but an accomplice of the executive. In this case, there is no longer any limit to the abuse of power, and no one feels safe.

Because of the lack of possible protest that slows things down, I've observed that some leaders believe an enlightened dictatorship is the most effective model of governance. "Enlightened leadership," however, is characterized by the fact that autocratic decisions are made wisely, benevolently and fairly for the collective good. The flaw is that there is no consensus in what is considered "enlightened" by others. If enlightenment could be guaranteed, I believe it would be the best model. But if the leader is the only person who thinks they[1] is enlightened, they could struggle to garner support from employees and colleagues.

In many organizations, dictatorships are the norm

It is interesting to note that in companies, legislative power is attributed to shareholders and the board of directors, while executive power is embodied by management. The problem lies in the fact that in companies, justice and transgressions are addressed by management (i.e., the executive power). In the professional world and outside of matters regulated by law, there is, in fact, no independent judiciary branch empowered to settle disputes or enforce internal rules and corporate values. In the end, it is always up to management to deal with transgressions. Management has the last word, which I consider to be a key characteristic of dictatorships.

You might assume that a human resources department can act as the judiciary body, but apart from regulatory issues, HR rarely has the power to decide. They can make recommendations, but in my experience, managers ultimately have the last word. HR also reports to top management, so they wouldn't truly be independent. This lack of independence and power prevents HR from having stopping power.

Without a system of checks and balances, I believe corporate governance is, by necessity, that of a dictatorship. As a leader, you might believe you're enlightened. But if you listen to the frustrations of employees, you might discover you've created an unpleasant company culture. Knowing that one is at the mercy of a dictator inevitably leads to living with fear, which is incompatible with a sense of psychological safety. This is unfortunate because the feeling of psychological safety is unanimously considered an essential ingredient of trust and a prerequisite for having engaged employees.

This is why, as a professional coach, I've determined a few steps you can take to become an enlightened leader:

1. Generate engagement.
Fortunately, there are a few managers whose employees view them as enlightened, but I've found this is mainly due to their personal ability to generate engagement. If your team is truly engaged, it means that employees are able to deliver optimal performance, and they also consider you to be someone who acts wisely, benevolently and fairly. Having engaged teams is the best proof that you are enlightened.

2. Ask your team what they think.
Because what you want is to have engaged employees, they are the only ones who can tell you if they are truly engaged and if they perceive you as being enlightened, fair and benevolent. To learn their true opinion, set up an anonymous questionnaire. Ask your team for feedback on your leadership performance and if they feel engaged in their roles. This will help you learn what you can improve on, both personally and in the organization as a whole.

3. Set up governance that protects everyone.
For people to feel safe, there should be a governance mechanism that prevents them from being at the mercy of anyone who has too much power on them. Ensure your company protects all employees, no matter their rank, from abuses of power.

4. Think long-term.
True enlightenment means that whatever you do should be sustainable, with or without your presence. Once you accept the idea that the governance you put in place can continue to make people feel safe even after you leave the company, then you should have a robust enough mechanism. Sustainability means that the governance should be self-regulating so that people cannot abuse the system. Such governance mechanisms do exist.

5. Go beyond regulatory requirements.
The law provides for the minimum legalistic requirements. But I believe that part of being an enlightened leader is going above and beyond the bare minimum. Provide your employees with benefits that show you value them. In my experience, when employees feel appreciated and valued, you can improve engagement.

The bottom line is, unenlightened dictatorships do not have to be the norm. Take the time to create a company culture that values team members, generates engagement and provides equal opportunities and protections to all.

This article was originally published on Forbes.

[1] The use of "they" is used in the singular to refer to an individual without attributing a gender.

This article was originally published on Forbes 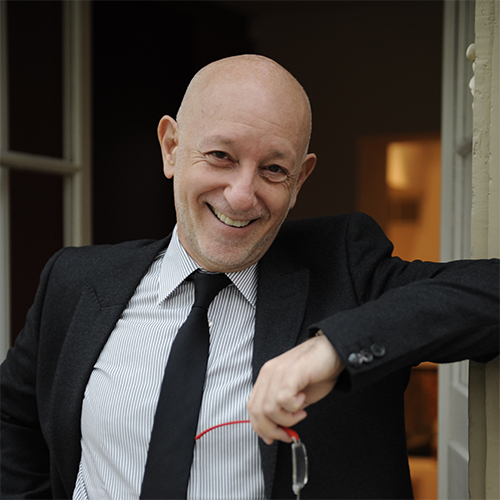 Read the other articles of the same auhor

This topic is addressed in our programmes in Leadership