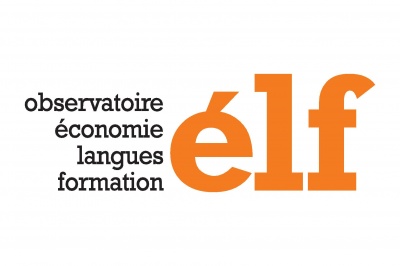 A Research Domain at the Crossroads of Three Disciplines

The research field of the "Economics, Languages and Education"  Research Group (henceforth: "Observatoire élf" or simply élf, in accordance with the original French acronym) is based on the notion of linguistic diversity. The management of linguistic diversity is one of the most pressing issues of modern societies.

Economics plays a major part in this for three reasons. First of all, economic processes influence the position and functions of languages in society - by way of macro-level language dynamics, for instance. Secondly, languages impact on economic life in various ways: for example, as elements of human capital in which people may wish to invest. Thirdly, the management of linguistic diversity requires the weighing of advantages and drawbacks of competing scenarios, whether at the state level or in business. Here again, the underlying logic is one deeply rooted in economics.

Just like any other form of public policy, the management of linguistic diversity is conducted by way of various channels, using various different instruments. Educational policy plays a chief role among these - in fact, much of the government intervention in linguistic diversity focuses on educational systems. Education is also the means most used by individuals and firms to meet the various challenges raised by diversity in society.

Therefore, the three terms economics, languages and education are linked to one another in a number of complex ways. These links are becoming more and more important as a result of the increasing visibility of linguistic diversity in modern societies; élf has been created in order to make contributions to the study of these complex and multifaceted links.

The Observatoire élf began its activities in the autumn of 2003, with financial support from the Rector of the University of Geneva. Its chief mission is to offer contributions to research and teaching on the interrelations between the economy, languages and education. A particular emphasis is placed on the developing of tools for the management of linguistic diversity. In the long term, élf aims to be recognised as a resource and as a centre of competence in the management of linguistic diversity.

The matters in which élf is involved ineluctably draw upon several fields. The Observatoire's work is intended to help develop expertise in the implementation of interdisciplinary approaches to diversity. It also seeks to serve as a contact point between Geneva's Faculty of Translation and Interpreting, other faculties within the university, and institutes affiliated with the university.

The Observatoire élf also intends to participate in the academic developments taking place under the general appellation "Genève internationale", particularly in connection with the National Centre of Competence in Research, launched by the Swiss federal government in the spring of 2005.

élf receives no funding beyond a half-time assistantship. Its regular missions are therefore confined to providing research support in the following areas: