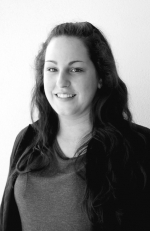 Julie Humbert-Droz has been a member of the terminology team of the Department of Translation Technology (referred to by its French acronym TIM) since 2014. She holds a Bachelor’s degree in Multilingual Communication and a Master’s degree in Translation – Translation Technologies. In 2021, she obtains a PhD in Multilingual Information Processing from the University of Geneva and a PhD in Linguistics from the University Toulouse – Jean Jaurès (CLLE, UMR 5263). Her research focuses mainly on the issue of determinologisation, which is addressed from four points of view: adapt and use tool-based linguistic approaches to deal with complex terminological phenomena in heterogeneous data; describe and define determinologisation as a process of integration of terms into general language that involves two dimensions; explore and better understand the relationship between terminological variation and determinologisation, especially from a diachronic point of view; the role of determinologisation in neology. Julie Humbert-Droz now carries out her research activities as a postdoctoral researcher.