Professor Nicolas Gisin was born in Geneva, Switzerland, in 1952. After a master in physics and a degree in mathematics, he received his Ph.D. degree in Physics from the University of Geneva in 1981 for his dissertation in quantum and statistical physics. The “Fondation Louis de Broglie” recognised this work with an award.

After a post-doc at the University of Rochester, NY, he joint a start-up company, Alphatronix, dedicated to fiber instrumentation for the telecommunication industry. Initially head of the software, he quickly became responsible for the hardware-software interface. Four years later he joined a Swiss software company developing an image processing package which received the attention of the American journal “PC Magazine”.

In 1988 an opportunity to join the Group of Applied Physics at the University of Geneva as head of the optics section brought him back to the academic life. At the time the optics section was entirely devoted to support of the Swiss PTT (now Swisscom). In order to get a critical mass and stability, the optics section under the impulse of Prof. N. Gisin started two new research directions, one in optical sensors, one in quantum optics. The telecom and the sensing activities led to many patents and technological transfers to Swiss and international industries. Several products had and still have a commercial success. The quantum optics activities are more basic research oriented. The main theme is to combine the large expertise of the group in optical fibers with basic quantum effects. More recently, the demonstration of quantum cryptography and of long distance quantum entanglement received quite a lot of attention as well from the international scientific community as from the press “grand public”.

In 2009, he was awarded the First Biennial John Stewart Bell Prize for Research on Fundamental Issues in Quantum Mechanics and their Applications.

I am especially fortunate, since my main hobby is physics, in particular the foundation of quantum mechanics! Another hobby, very important in my life, is field hockey. I played at the top national level and I am since many years actively involved in our junior section www.Servettehc.ch. Other hobbies concern space research and ecology. 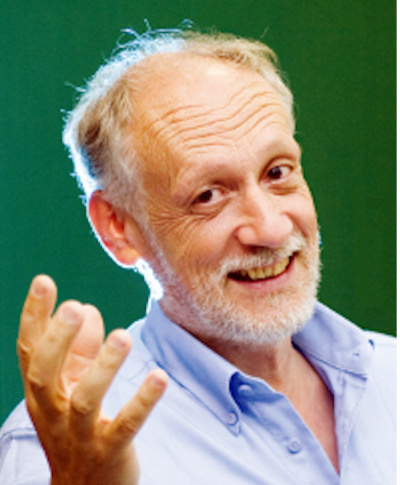 Bell Inequalities with One Bit of Communication
In our most recent publication for the special issue on nonlocality of the Journal of Entropy, we study Bell scenarios supplemented by one bit of communication. The main motivation is to close a…
Hugo Zbinden, Nicolas Gisin and Grégoire Ribordy receive the medal for innovation
ID Quantique, founded by Professors Nicolas Gisin and Hugo Zbinden of the Department of Applied Physics of Faculty of Sciences of University for Geneva, as well as by Grégoire Ribordy, current CEO of…