Celebrating the 20th anniversary of the Mountain Research Initiative 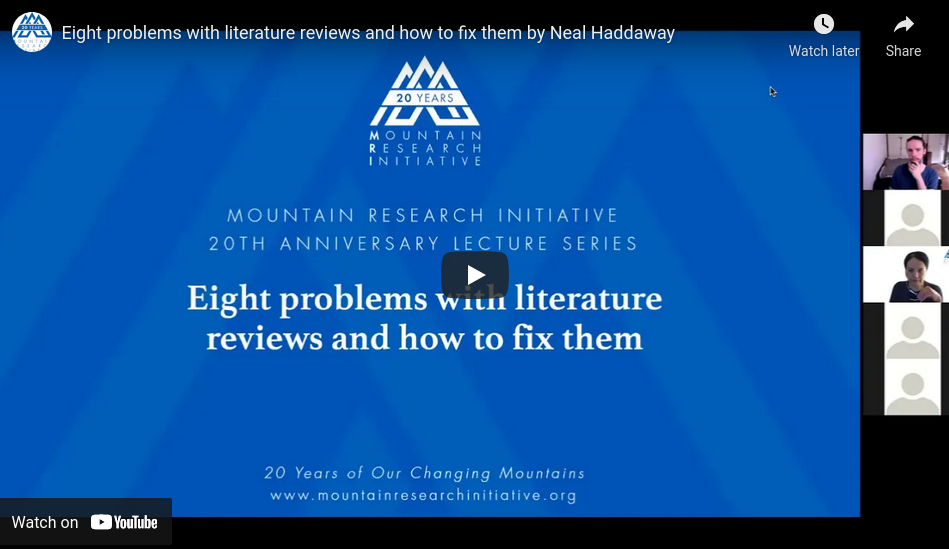 The Mountain Research Initiative (MRI) is celebrating its 20th anniversary in 2021. Under the (Co-)Chairmanship of Jörg Balsiger since 2016, MRI's anniversary will involve a series of events throughout the year. The MRI Anniversary Lecture Series kicked off at the end of February with the presentation "Eight problems with literature reviews and how to fix them" by invited speaker Neal Haddaway, Senior Research Fellow at the Stockholm Environment Institute and a Humboldt Experienced Research Fellow at the Mercator Research Institute in Berlin.

An accompanying article has been published in Nature Ecology & Evolution.