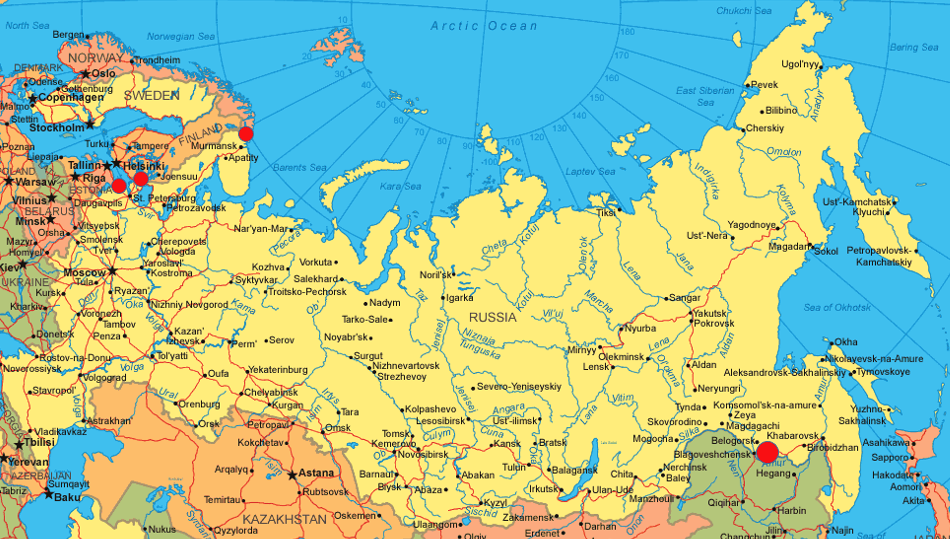 Ekaterina Mikhailova, postdoctoral researcher in human geography working at the crossroads of Border Studies and Urban Studies, will present her work during the next GEDT seminar on Wednesday the 24th of February from 12h15 to 13h45 (online).

The seminar will address twin cities – adjacent, mostly independently founded but deeply interdependent settlements on either side of an international or internal border – and will consist of two parts. In the first part Ekaterina will briefly present the two books from Routledge Global Urban Studies series she co-edited (with Dr. John Garrard): "Twin Cities: Borders, Urban Communities and Relationships over Time" (2018) and "Twin Cities across Five Continents: Interactions and Tensions on Urban Borders" (to be published in summer 2021). Both edited volumes survey twin cities within and on the borders of countries across the world with a particular focus on case-studies underrepresented in the literature in English. The second volume which is expected to be out of print during Ekaterina's stay at UNIGE explores further the way and extent to which some twin cities bear the spatial and other marks of their colonial past and examines contemporary pressures to which border twin cities are increasingly subject.

The second part of the seminar will be dedicated to Ekaterina's research monograph she is working on now – a short companion to Russia's border twin cities. Contemporary Russia with its Eurasian location, the world’s longest land borders and changeable relations with its neighbours presents a valuable research site for twin-city study. Due to Russia’s enormous size, the dynamics of twin-city relationships along its borders vary from section to section and are highly volatile. Based on extensive fieldwork conducted along Russia's borders in 2012-2018, Ekaterina examines dynamism of twin-city relations using four case-studies – four city pairs along Russian borders that refer to themselves as twin cities: Nikel (Russia) – Kirkenes (Norway), Svetogorsk (Russia) – Imatra (Finland), Ivangorod (Russia) – Narva (Estonia) and Blagoveshchensk (Russia) – Heihe (China). By tracing twin cities' trajectories within center-periphery and cooperation-confrontation continuums, Ekaterina tries to unpack their adaptability and resourcefulness necessary to overcome the challenges posed by post-2014 East-West tensions, mass migration, Russian ruble depreciation, rebordering trends and most recently the COVID-19 pandemic.

This seminar is open to the public. To join and get the Zoom information, send an email to Sebastien.Lambelet(at)unige.ch.