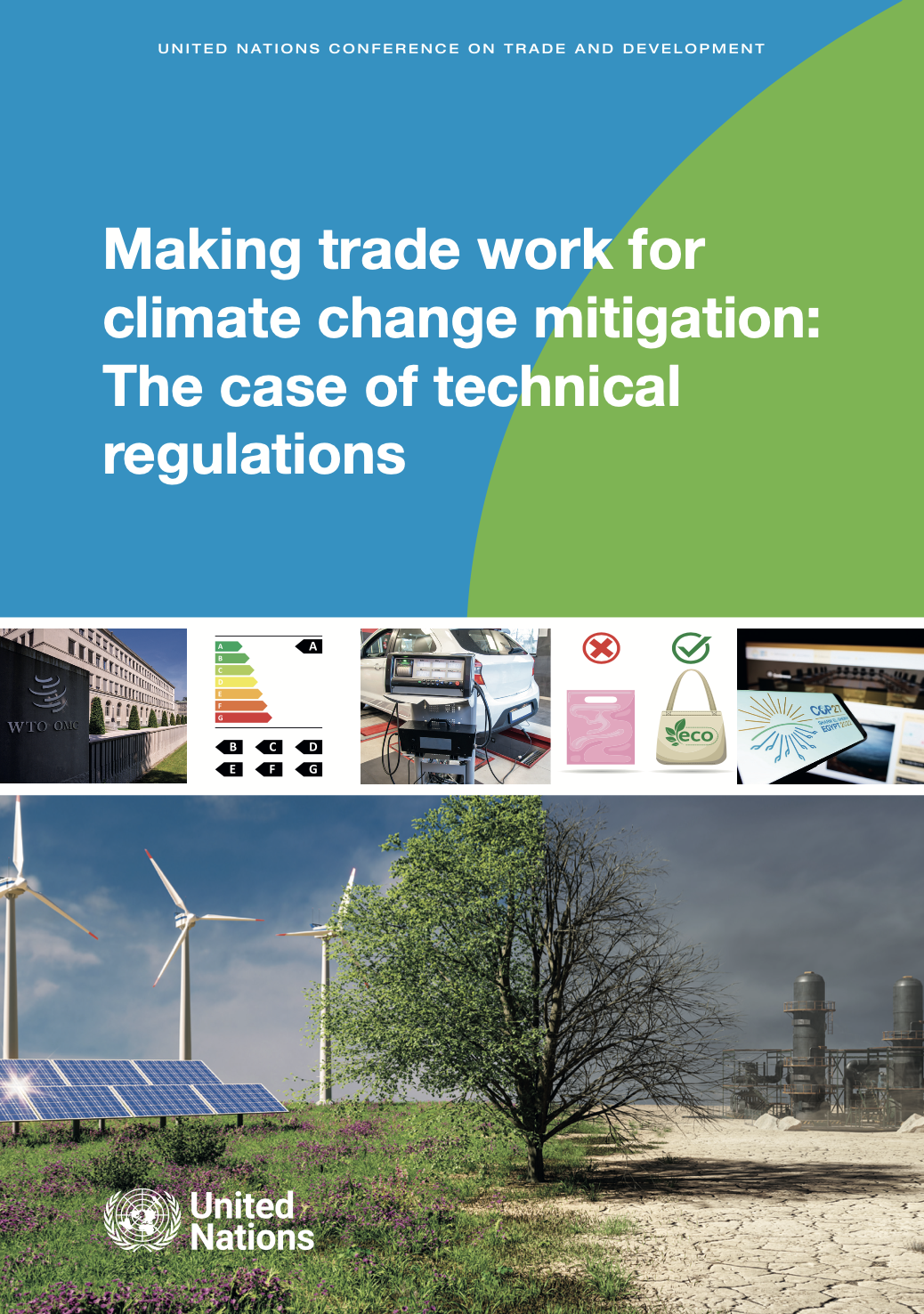 As the climate changes, so should trade. Our colleagues Elena Cima and Makane Moïse Mbengue are the legal experts behind a new Report published by UNCTAD and titled Making trade work for climate change mitigation: The case of technical regulations.

While trade measures may greatly contribute to countries’ climate change mitigation strategies, measures adopted at the national level risk to collide with international trade rules. This is why it is becoming increasingly crucial to ensure the compatibility of trade measures aimed at mitigating climate change with international law while also effectively allowing equitable market access for developing countries.

This report provides an analysis of the most relevant and most used technical regulations in the context of climate change mitigation strategies, assesses the challenge of increasing their compatibility with international trade law, and discusses the effectiveness, feasibility, and equity of these measures, focusing, in particular, on developing countries.

The report can be accessed and downloaded here: https://unctad.org/webflyer/making-trade-work-climate-change-mitigation-case-technical-regulations