There is a growing concern across the planet that pressured by population growth, land and natural resources scarcity and economic expediency, future patterns of Urban development will frame the prosperity and livelihood of communities in relation with their natural environment. Some current patterns such as urban sprawl have intended and unintended consequences. Indeed, city centre decline, acceleration of gentrification, increased reliance on the use of the private car, the loss of public space, environmental pressures and externalities are among a long list of externalities that will impact our common Urban Future, the livelihood of our cities and the wel being of the population. In this respect development models such as Transit-Oriented Developmnet (TOD), as a strategy to curb urban sprawl and the further growth in the car use, is the central issues in recent debates about sustainable metropolitan area need to integrate new dynamics of change and be empowered by the literature and scientific research on the nexus between built environment and natural environment in the context of demographic and environmental change.

Hashemi analyses the consequence of TOD in the case of futur Alborz high speed train in Tehran metropolitan area. Alireza conducts his research under the supervision of Prof Laurent Matthey and Dr. Alexander Hedjazi. 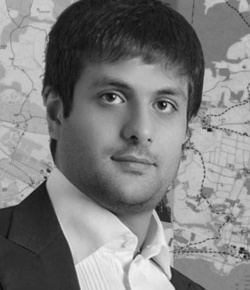