In memory of Prof. Luigi Solari, who died prematurely at the age of 45, the Institute of Economics and Econometrics (IEE) of the Geneva School of Economics and Management (GSEM) presents an annual lecture on the field of econometrics.

Prof. Luigi Solari (1932-1977) was the founder of the first Swiss Research Center for Econometrics (1966) within the School of Economics and Social Sciences (Faculté des sciences économiques et sociales SES) of the University of Geneva. Later on, he created the Econometrics Department in this School.

This year, as we commemorate the 40th anniversary of his disappearance, two lectures will be presented:

Prof. Rosa Matzkin of UCLA, Department of Economics, presents the first on the topic ‘On the Observability of Unobservables’  at 5.15 pm in the Luigi Solari’s auditorium (M R290) of the Uni Mail on 21 September 2017.

Prof. Aureo de Paula, of the University College London, Department of Economics, gives the second lecture on the topic ‘Identifying and Estimating Connections’  at 5.15 pm in the Luigi Solari’s auditorium (M R290) in Uni Mail on 2nd November 2017. 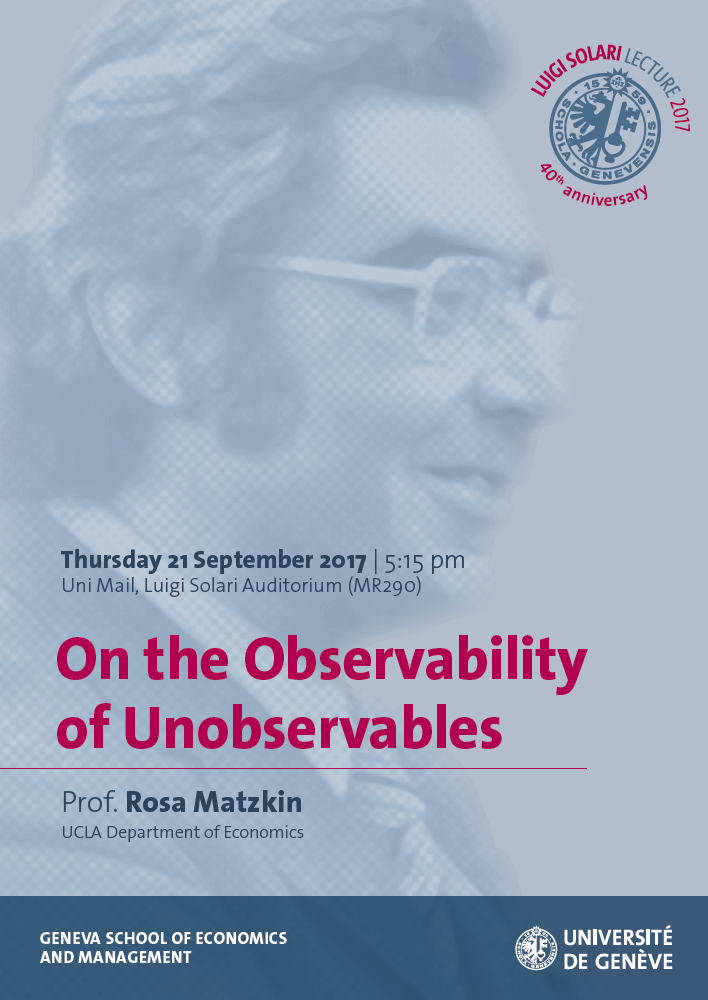