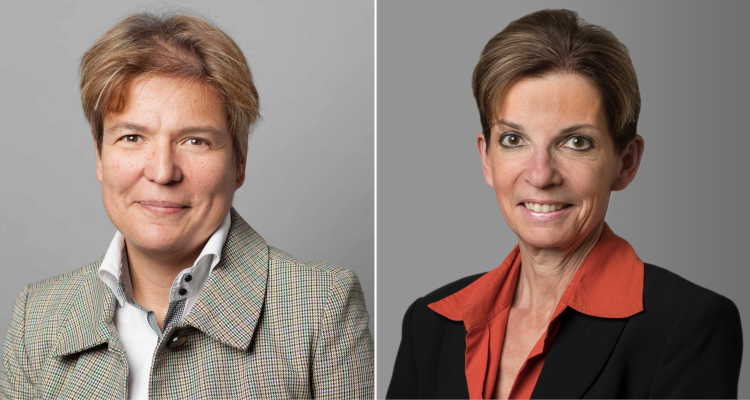 More women in scientific leadership positions - this is the goal of AcademiaNet, an international database listing outstanding women researchers. Women continue to be under-represented in leading positions in academic and scientific fields - around 20% of the highest-paid professorships in the EU are held by women; in some countries, the proportion is even lower.

Two professors from the Geneva School of Economics and Management, Maria-Pia Victoria-Feser and Rajna Gibson Brandon are included in this database of highly qualified female academics and scientists. Prof. Victoria-Feser acted as founding dean of the GSEM in 2014 and received numerous research grants, including the SNSF Eccellenza Professorial Fellowship in 2000. Prof. Gibson Brandon founded the Geneva Finance Research Institute (GFRI) at the University of Geneva in 2009 and was the Director of the National Centre of Competence in Research (NCCR) in the field of "Financial Valuation and Risk Management", funded by the SNSF, from 2001 until 2009.

Established in 2010 by the Robert Bosch Stiftung, the Swiss National Science Foundation took over the management of the AcademiaNet platform as of January 2020.