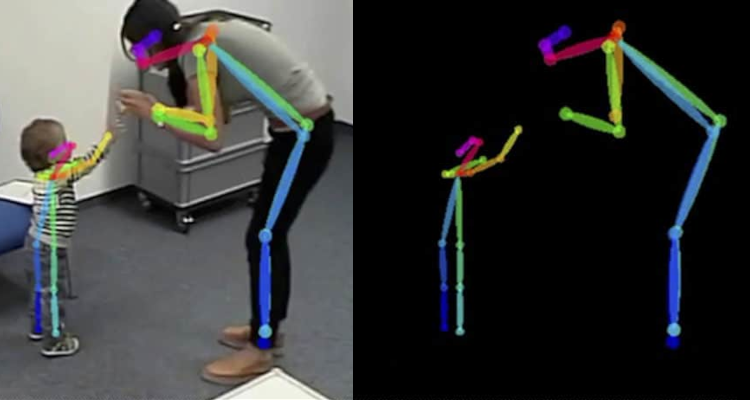 A team from the University of Geneva has developed an AI algorithm for the early detection of autism spectrum disorder in children.

Autism Spectrum Disorder affects one in 54 children and is characterised by difficulties in social interactions, altered communication skills, and by the presence of repetitive behaviours and restricted interests. Although frequent, this disorder is challenging to diagnose before the age of five. However, early care can compensate for these difficulties by providing specific behavioural intervention focused on the development of skills affected by autism.

This is why an interdisciplinary team at the University of Geneva, including GSEM Senior Lecturer Dr. Thomas Maillart, has developed an artificial intelligence (AI) algorithm based on the automated analysis of videos, making it possible to study children’s non-verbal communication in an anonymous and standardized manner. Easy to use, this technology correctly classified 80% of cases from short videos showing a child with or without autism under 5 playing with an adult. These results, to be discovered in the journal Scientific Reports, pave the way for a tool for the early detection of autistic disorder.

Over a period of three years, the scientists, supported by the Swiss National Centre of Comptence in Research (NCCR) Synapsy and the Fondation Pole Autisme, developed this algorithm, which aims to classify videos based solely on the child’s movements when interacting with another person.

The automated video analysis offers complete anonymity. The team used OpenPose, computer vision technology that extracts the skeletons of moving people as captured in a video and allows the analysis of gestures by removing all characteristics that could be discriminating (age, sex, setting, etc.), keeping only the relationships of skeletons in space and time.

> Link to the press release issued by the University of Geneva.