From ‘Hopeless’ to ‘Rising’ Continent. Why Economists Get it Wrong about Africa

From ‘Hopeless’ to ‘Rising’ Continent. Why Economists Get it Wrong about Africa

Not so long ago, Africa was being described as the hopeless continent. Recently, though, talk has turned to Africa rising, with enthusiastic voices exclaiming the potential for economic growth across many of its countries. What, then, is the truth behind Africa’s growth, or lack of it? In his provocative new book, Morten Jerven fundamentally reframes the debate, challenging mainstream accounts of African economic history. Whilst for the past two decades experts have focused on explaining why there has been a ‘chronic failure of growth’ in Africa, Jerven shows that most African economies have been growing at a rapid pace since the mid 1990s. In addition, African economies grew rapidly in the fifties, the sixties, and even into the seventies. Thus, African states were dismissed as incapable of development based largely on observations made during the 1980s and early 1990s. The result has been misguided analysis, and few practical lessons learned.

This is an essential account of the real impact economic growth has had on Africa, and what it means for the continent’s future. 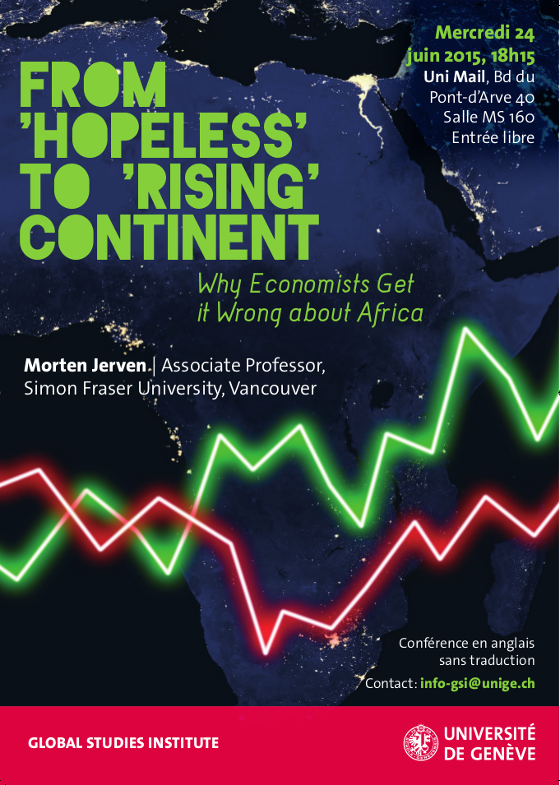