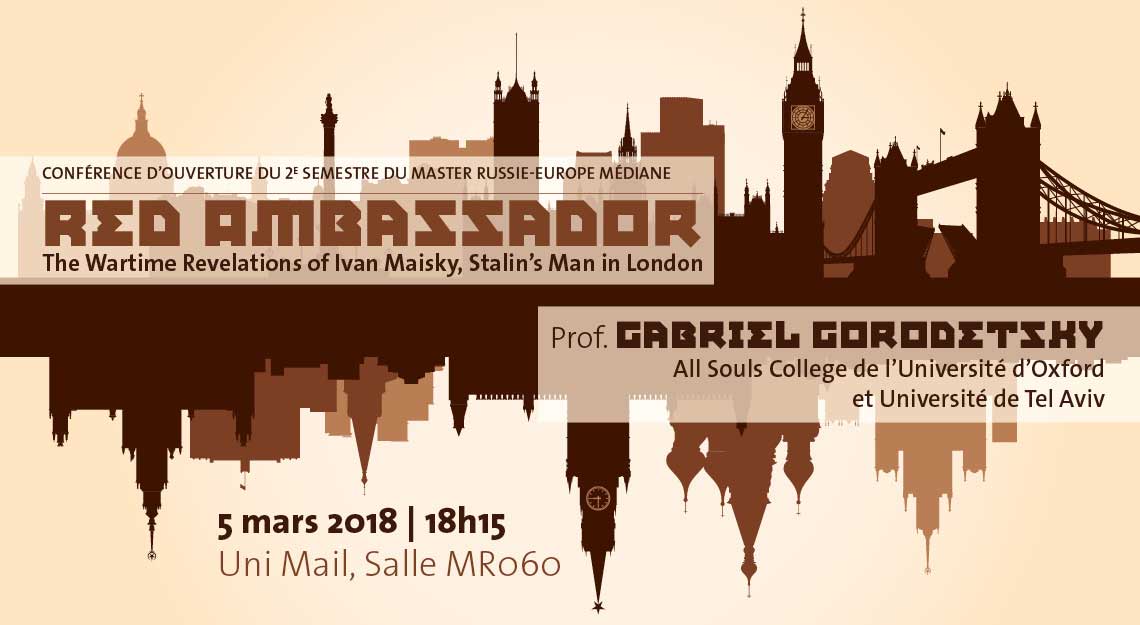 During Stalin’s reign of terror Ivan Maisky, the Soviet ambassador to London from 1932-43, was the only prominent politician who dared put a pen to paper, producing an insightful, revelatory and above all candid diary of perhaps the most dramatic period of the 20th century. The diary was unearthed by Prof. Gorodetsky in Moscow and published by Yale University Press in three volume. A single volume of selected entries was published as well and published also in French. The diary opens a window, so far close to Western scholars, on the role of personalities in Soviet politics and diplomacy, on the inner corridors of Soviet policy-making as well as on the Soviet perception of Western appeasement and the role it played in the decision to sign the Ribbentrop-Molotov Pact. Many of the events described take place at the League of Nations in Geneva, which Maisky presided in 1939.