Interdisciplinarity: the What, the Why and the How - Conférence le 18 sept 2017 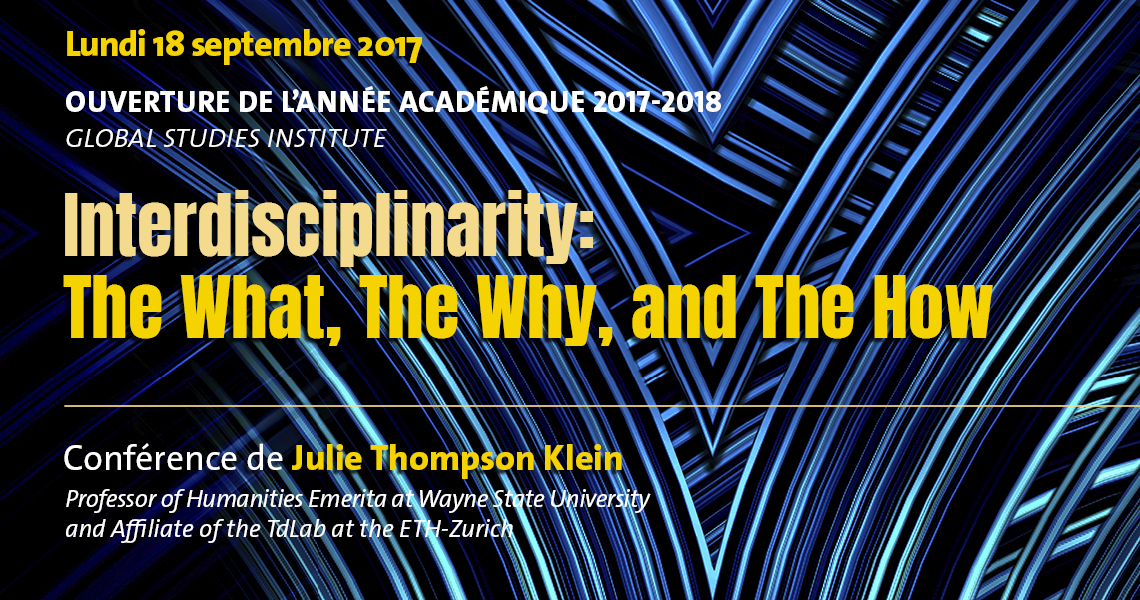 Julie Thompson Klein is Professor of Humanities Emerita in the Department of English at Wayne State University in Detroit, Michigan USA.

Professor Klein will situate interdisciplinary initiatives at UNIGE and GSI in the larger context of interdisciplinary history, theory, and practice. In answering the WHY question, she will describe major motivations today: highlighting complexity, problems and questions not confined to a single discipline, the need to solve societal challenges, and new technologies of information and communication. In considering WHAT, she will distinguish defining concepts and types, along with increasing focus on transdisciplinary knowledge production and lessons from Area Studies. The HOW question spans goals, skills, and career strategies, framed by decisions about purpose, scope, audience, outcomes, theory and models, and methods for projects. Goals vary across a spectrum of epistemological, instrumental, critical, and methodological purposes. Pertinent skills include disciplinary grounding, conceptual and methodological integration, critical awareness, communication, and teamwork. Interdisciplinary careers also vary, requiring individuals to achieve an appropriate balance of disciplinary and interdisciplinary activities across stages of their academic and professional lives, while shaping a personal identity and constructing a personal portfolio. In closing Klein will address the question of what interdisciplinarity has in the political economy of knowledge production today and, finally, highlight resources from the 2017 edition The Oxford Handbook of Interdisciplinarity and online repositories.