Chinese notions of press freedom in a historical perspective

In the current new era of “fake news” and complicit censorship the question of the origins of ideas of press freedom and news values becomes worthwhile revisiting. Reflections on the different roles of media in different societies are of importance today not only in the context of media globalisation, but also the increasing global mistrust in media and democracy in general. This is particular the case for China, whose media operations are mainly criticised, but seldom understood in their own context. But not only public perception, also Chinese Media studies tend to be normative, as scholarship on Chinese journalism intensively centres on discussion of democracy. Following the implied idea of an almost natural progression from oppression to liberation, media’s contribution to democratisation is used as a yardstick for either commending or criticising China’s achievements rather than exploring new perspectives on media concepts themselves.

In this lecture Prof. Natascha Gentz will take a different approach to understanding China’s media and reconstruct the evolution of a discourse on press freedom in China from its beginnings in the 19th century. As this process involved different players and stakeholders, playing different roles in different periods, she will discuss this complex and transnational conversation from the different perspectives of the governments when first newspapers were published in or around Chinese territories, of early foreign publishers in China, Chinese journalists, elite literati with partly official status during the reform movement, and subsequently contemporary scholars in media history in the early 20th century. 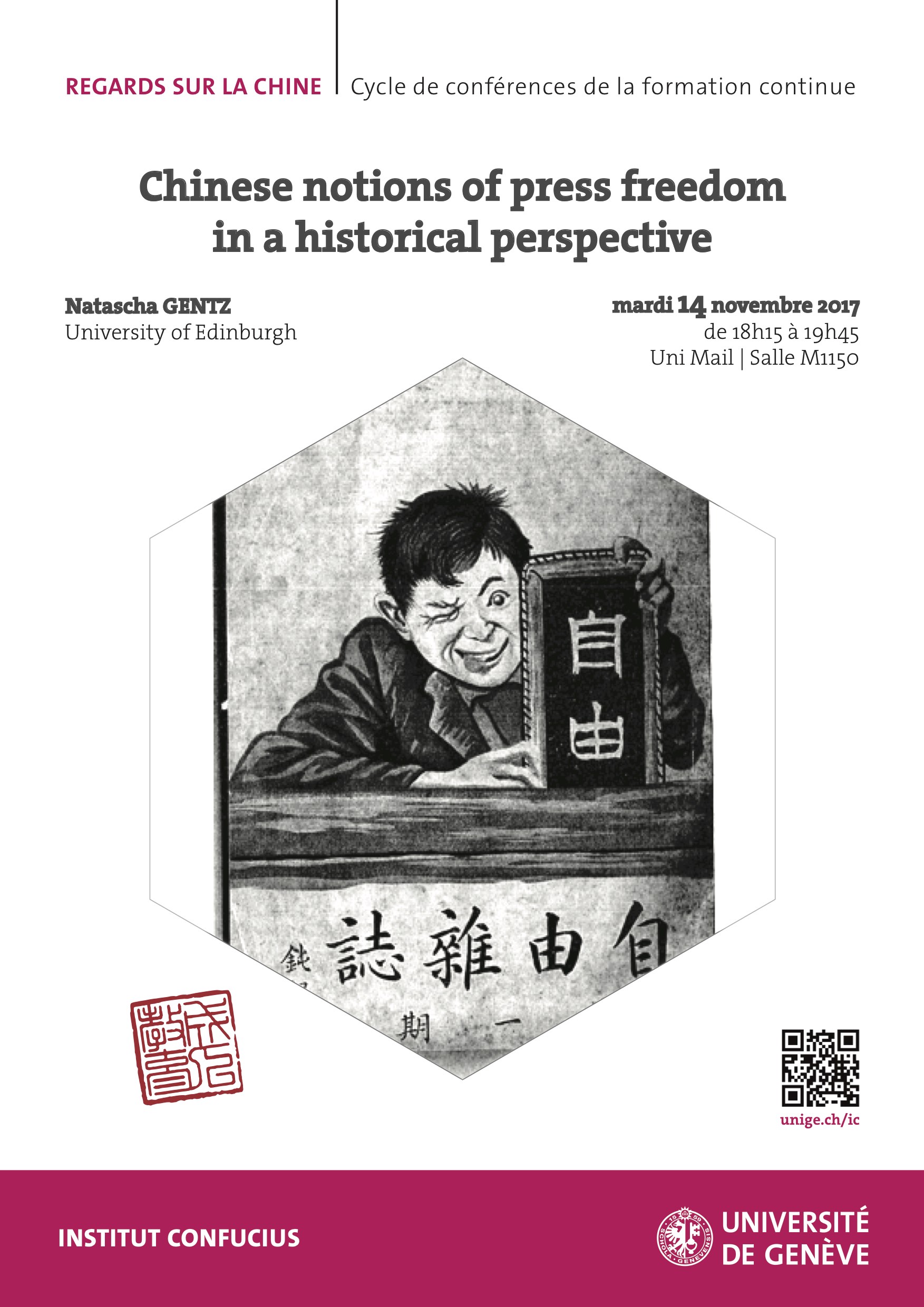