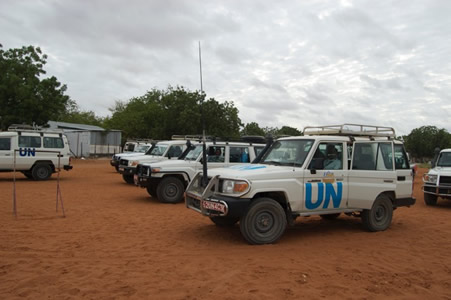 It was precisely at this juncture that it became acutely clear that there were very few actors in the field who were supporting higher education efforts in favour of refugees. Furthermore, unlike primary and secondary education, higher education is not addressed by IHL. InZone, as one of the few education providers at the tertiary level, was confronted with pressing demands from several quarters to become active in this broader context of higher education, given the overwhelming numbers of refugees and displaced persons.

InZone’s soul-searching coincided with the development by Geneva University of a strategy for closer engagement with the international bodies of Geneva, as well as the University’s concern to impact the real world of work. It therefore accompanied a general shift towards a new vision of higher education provision, within which InZone would be operating with a range of partners. InZone was well equipped to set an example, given its accumulated scientifically-validated experience of virtual learning methods - which granted new access for refugees to their development needs. This broke away from the more traditional approach of distributing scholarships and stipends to a selected few to attend traditional higher education establishments in distant locations.

Accordingly, InZone was prompted to revisit its own vision and field of action. The experience that it had gained in training humanitarian interpreters could be put to use in the broader context of multilingual humanitarian communication. In this way, it could act as an enabler for other higher education actors keen to engage in fragile contexts. UNHCR had become cognizant of the advantages that InZone could offer in this way and its action was warmly encouraged by that refugee agency. 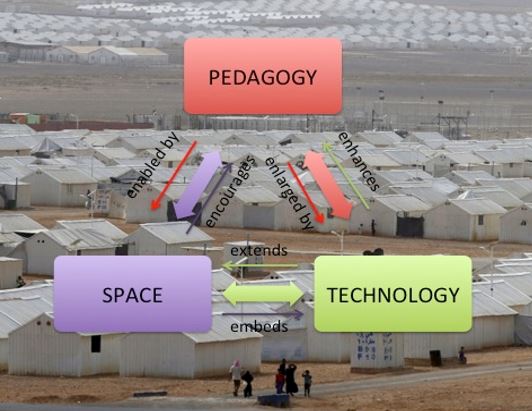 However, given the vast challenge of meeting the needs of the world’s refugees, it became clear that InZone could not possibly operate in every fragile context. It therefore needed to design an incubator model to foster the engagement of a range of actors on a broader scale. This was the only responsible way of addressing situations of protracted displacement, in particular in the Horn of Africa. The Syrian conflict also had provoked “academic displacement”, with over 70 000 Syrian university students in Lebanon, 15 000 in Jordan and 30 000 in Turkey, with similar numbers in Germany and Austria.

It was in the field that the first group of such actors was discovered:

These had introduced a more traditional education approach into fragile settings, which offered InZone an opportunity to learn from their experience in developing, in turn, its own approaches to education in refugee camps. InZone signed a Memorandum of Understanding with Kenyatta University and operated in partnership in Dadaab refugee camp in north-eastern Kenya. For this purpose, it designed higher education models drawing upon new forms of virtual learning, with strong local support. It proved gratifying to see that the original pedagogical model was now able to empower refugee students and, thereby, achieve the model’s sustainability. Peer-tutoring was at the heart of the model. Such tutors have proved to be the medium through which conflict-resolution skills can be built, with ties being established across ethnic divides.