Geneva, 12 October 2013 - Olga Cosmidou, member of InZone’s Advisory Board and Director General of DG Interpretation and Conferences at the European Parliament, received an honorary doctorate from the University of Geneva on October 11.

In his introductory speech, Lance Hewson, Dean of the Faculty of Translation and Interpreting (FTI), praised Dr Cosmidou’s “exemplary career”, which in his words has always been based on two convictions: that quality interpreting should be based on the pursuit of academic excellence, and that the defence of human rights is fundamentally linked to quality interpreting.

While she was in Geneva to receive the award, Dr Cosmidou coordinated a Master Class on “Multilingualism and Democracy” at FTI.

“There is no rule of law where there is no respect for the languages spoken by citizens”, she said during the Master Class. “Language is more than just a means of communication […] It conveys the way different peoples think, and therefore respecting a language means respecting the Weltanschaung of a civilization.”
Olga Cosmidou 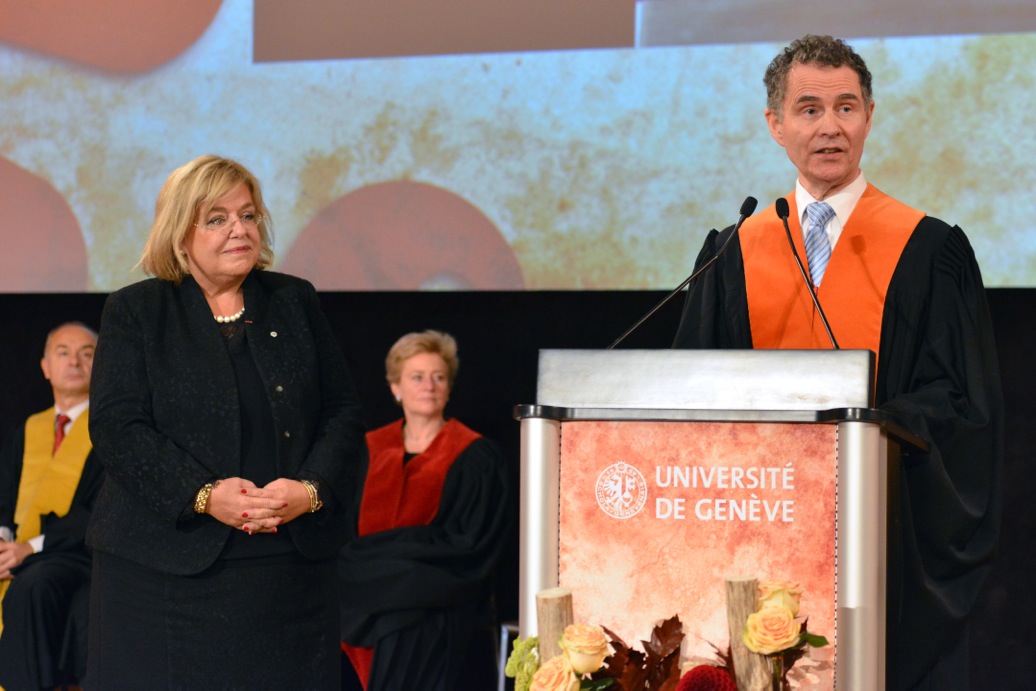 In his remarks, Prof. Hewson stressed Dr Cosmidou’s commitment to InZone and its mission of training field interpreters through e-learning.

Dr Cosmidou, who was trained at FTI in the 1970s, said: “It’s a joy to see that the University of Geneva is at the forefront of technological advancement, while staying true to its humanitarian values.”

“Now that migration flows are so great, one needs to make sure that these people have access to health and legal services in their languages. […] Everybody has to be on a level playing field.”

“Interpreting is a non-negotiable good in a globalised world,” Dr Cosmidou added.

“At times of war it’s weapons that make the difference, but at times of peace it’s words. And this is why everyone has to be able to speak their language.” 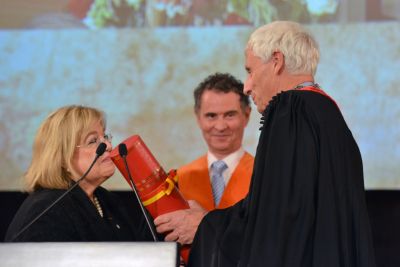