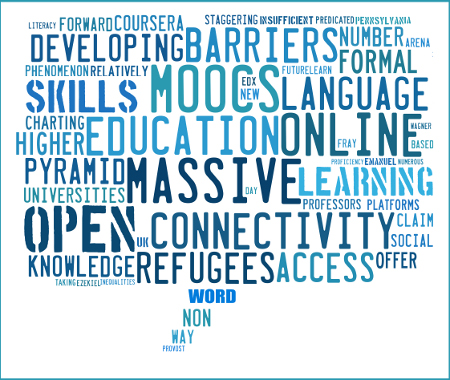 MOOCs claim to provide education for all despite language, social and economic barriers. A conference hosted by the University of Pennsylvania explores what MOOCs have to offer learners at the bottom of the pyramid.

Massive Open Online Courses (MOOCs) are a relatively new phenomenon. Coursera, one of the major platforms, was launched in 2012 by computer science professors Andrew Ng and Daphne Koller from Stanford University.

Only two years since its inception, it boasts a record of over 600 courses and more than 100 partners, including a staggering number of top-ranking universities around the world.

Coursera is not alone in the MOOC arena as a number of players have joined the fray, including Udacity, EdX and UK-based FutureLearn, each with their own “MOOC formula”.

MOOCs owe part of their appeal to the principle on which they are predicated: democratizing access to education. To date, however, the MOOCs movement has paid insufficient attention to the developing world.

This is the main issue tackled at MOOCS4D, a 2-day invitational conference held at the University of Pennsylvania from 10 to 11 April.

Taking the floor after Dr Dan Wagner (UNESCO Chair in Learning and Literacy), Ezekiel Emanuel (Vice Provost for Global Initiatives) pointed to the numerous barriers that learners have to face in order to benefit from MOOCs, including language proficiency in English, having a working Internet connection and prior education.

Instead of democratizing education, MOOCs may risk exacerbating inequalities between the developed and the developing world.

Speaking during the conference, Prof. Barbarba Moser-Mercer said that MOOCs can potentially provide a rapid response in fragile contexts, referring to the recent influx of South Sudanese refugees arriving in Kakuma refugee camp.

“80% of them in early 2014 are children and young adults whose education has been interrupted by conflict and who cannot wait for formal schooling to be set up,” she said.

“Non-formal higher education initiatives may complement, supplement and even offer valid alternatives to traditional tertiary education”, she added.“Such initiatives could therefore help UNHCR meet its strategic objective to increase by 100% the number of refugees enrolled in higher education programmes by 2016,” Prof. Moser-Mercer said.