On October 13, 2017, Djemila Carron will receive the prestigious Prix Latsis  during the Dies Academicus, a university celebration honoring eminent thinkers and researchers.

The prize is awarded annually to the best doctoral dissertation written at the University of Geneva or the IHEID, paying tribute to “excellent research on science and technology that contributes to cutting-edge developments in economics, social sciences, political sciences, law, computer sciences, linguistics or anthropology.”

In 2015, Djemila defended her dissertation, L’acte déclencheur d’un conflit armé international, which was subsequently published by Schulthess (Zurich) in 2016. 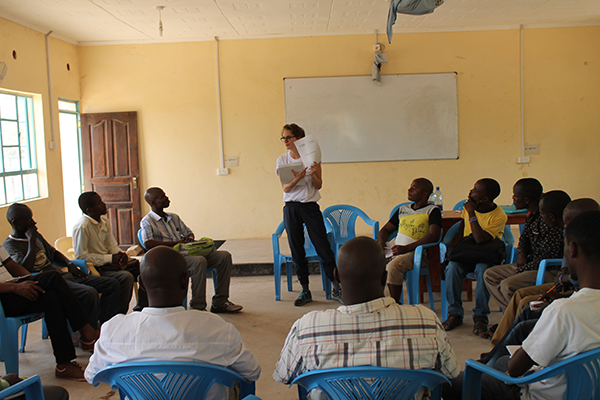 In addition to holding a PhD in Law from the University of Geneva, Djemila is co-founder of the university’s Law Clinic, which works to promote the rights of vulnerable individuals. As InZone’s Senior Scientist, she is responsible for projects related to international law and human rights, and recently taught the Introduction to Human Rights course in Kakuma Refugee Camp.