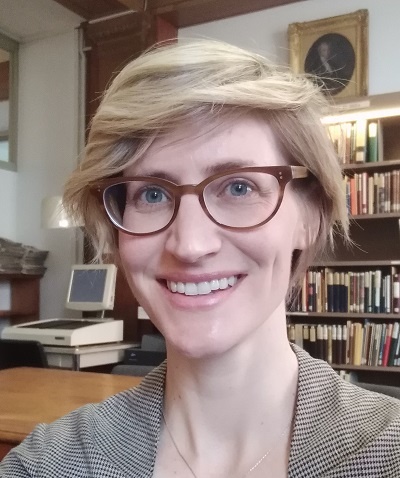 Aleida Auld holds a Master of Arts in English Language and Literature from the University of Geneva and a Bachelor of Science from the University of Washington (Seattle, USA). She is working on a thesis entitled, ‘Reconfigurations of the Poetry of Shakespeare, Donne, Herbert, and Milton in the Editorial Tradition’, under the supervision of Professor Lukas Erne (to be submitted by December 2020). She is interested in how our understanding of these poets comes into focus when we examine them through the lens of present-day editions and those editions that predate the time of Edmond Malone in the late eighteenth century. The project thus uses modern editions to identify key critical problems, which she believes can be better understood in light of the ways in which the poems were edited, illustrated, and published in previous centuries. The project underscores that historical editions – although not necessarily sharing present-day standards of accuracy, or belonging to periods when the poems were greatly acclaimed – may continue to contribute in valuable ways to scholarly debates in our day. It also blurs the barrier between bibliography and criticism, reading editions as critical interventions in past and present authorial construction.

‘The Genre of Shakespeare’s Sonnets’, University of Exeter, 1 Nov. 2018. An academic exchange between the Universities of Geneva and Exeter.

Beneficiary of accord de collaboration, St. John’s College (Oxford) and Univ. of Geneva, academic year 2017-18. Granted annually to one student at the Univ. of Geneva to facilitate research at Oxford.