Deborah gave two lectures (two classes, same presentation) to third-year Maturité students at Collège Voltaire on 11 and 15 February 2019.  The topic was "The Chinese in California and the Chinese in Jonh Steinbeck's Cannery Row:  Questions of Characterization."  Deborah will also be including this lecture in next year’s edition of the ressources pédagogiques brochure.

In collaboration with the service for cultural activities of the Division de la Formation et des Etudiants, Martin Leer organised a symposium and poetry reading on:

by John Kinsella, Australia's leading poet of his generation, and his wife Tracy Ryan, poet, novelist and translator especially from French,

For more information see the programme.

2018: David SPURR - Anniversary of the Publication of Mary Shelley's "Frankenstein"

As 2018 has also been the 200th anniversary of the publication (rather than the composition) of Mary Shelley's Frankenstein, there is still interest in the exhibition which David Spurr curated two years ago at the Bodmer Foundation in Cologny (see list of past events).  In September 2018 a crew from CBS (the American television network) spent a day with David Spurr at the Bodmer, the Villa Diodati, and Plainpalais, where he spoke to them about the statue of the Creature.

2018: David SPURR - Work for the Société de Lecture & Preparation of its 200th anniversary

David Spurr continues to work for the Société de Lecture de Genève, where as a member of the Comité de direction he has been helping to organize events to celebrate that institution's 200th anniversary in 2018, which will conclude with a masked ball in December.

Within the context of this 200th anniversary he has published, in the Société's newsletter, some original findings on Henry James's time spent there as a youth in 1860.

David Spurr also serves on the Commission de Lecture, which selects books for the institution's library, and directs an "atelier de lecture" in English literature.

Erzsi Kukorelly and Deborah Madsen participated in a round table on mothers in literature in November 2018.  They were invited by the Théâtre Spirale, Geneva, as part of a wonderful and spectacular production on mother-daughter relations.

Sangam MacDuff organized a concert of Irish music from the era of James Joyce, entitled "Reverberations - Voices & Melodies from Joyce's Ireland", performed by Tale of the Gael at the Société de lecture, Geneva, on November 13, 2018. 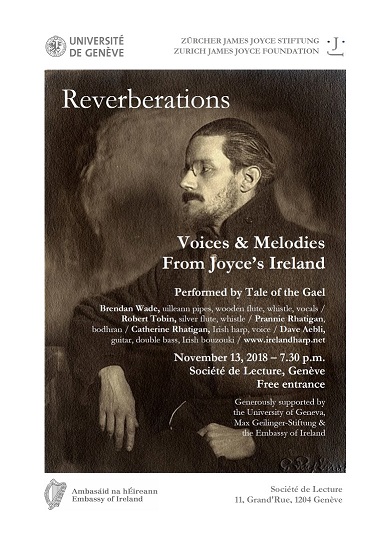 Valerie Fehlbaum organized a study day for secondary-school teachers in the Valais at the Lycée-Collège de la Planta (LCP).  The theme was "Travel in Victorian Times".  Below is a brief description:

"In these days of low-cost travel, it is sometimes difficult to imagine a world in which distances were measured by the amount that could be walked or, at most, ridden in a day.

Thanks to remendous developments in communications, by land and water, Victorian Britain witnessed fundamental changes in both the private and public lives of people of all classes.  Not that such changes were always welcomed.  In fact, many critics, primarily writers and artists, expressed certain anxieties and at times serious misgivings about the long-term effects of such displacements of people whether for professional or recreational purposes."

With the aid of a variety of texts, this study day enabled participants to enlarge their understanding of the Victorian period, and provided them with material to help pupils to develop their reading, writing and analytical skills.

Valerie Fehlbaum organized a study day for teachers in Mendrisio, Ticino, on the theme "Genius, Wit and Taste in Jane Austen - Pride and Prejudice and Persuasion".

A brief description is given below:

"Most, if not all, of us teach a novel at some point to our students.  'Only a novel?' some may say.  In Jane Austen's earliest novel, Northanger Abbey, one of her characters defines the genre as 'only some work in which the greatest powers of the mind are displayed, in which the most thorough knowledge of human nature, the happiest delineation of its varieties, the liveliest effusions of wit and humour are conveyed to the world in the best chosen language'.  By applying such criteria to her own fiction participants evaluated the extent to which teaching novels, 'which have only genius, wit, and taste to recommend them', can inspire students of English as a foreign language."

The study day began by setting Jane Austen in relation to her contemporaries.  To what extent was she simply imitating or was she innovating?  After a close analysis of two of her most famous novels Pride and Prejudice and Persuasion, and some of their celebrated filmic versions, the participants  evaluated the reasons for her continued popularity 200 years after her death.

Valerie Fehlbaum offered three workshops in Bellinzona for Ticinese secondary-school teachers.  The first was on Magic in Shakespeare, where both the magic of Shakespeare's words, and magic as a theme in his work, were discussed.  The second was on Shakespeare's sonnets, whereas the third gave teachers the tools with which to provide their students with some historical and social background to enhance their understanding of the Elizabethan era.

Martin Leer participated in a discussion of art in public spaces in front of the Musée d'art et d'histoire, organised by David Warner (aka Serval), who was artist in residence there and a former student of the English department.

In June 2017, Florence Hazrat organized a stage-reading of the English translation of the German play she was working on, provisionally entitled An Art Beyond All Arts, How to Make a Bad Wife Good. It is a seventeenth-century translation and adaptation of Shakespeare's The Taming of the Shrew. 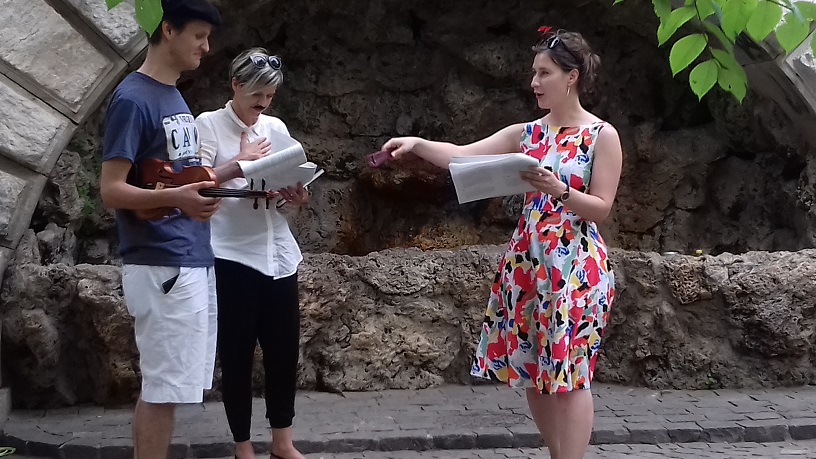 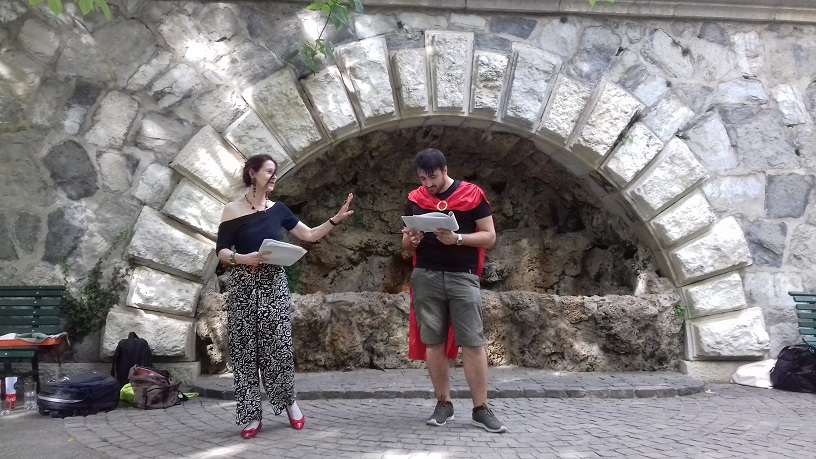 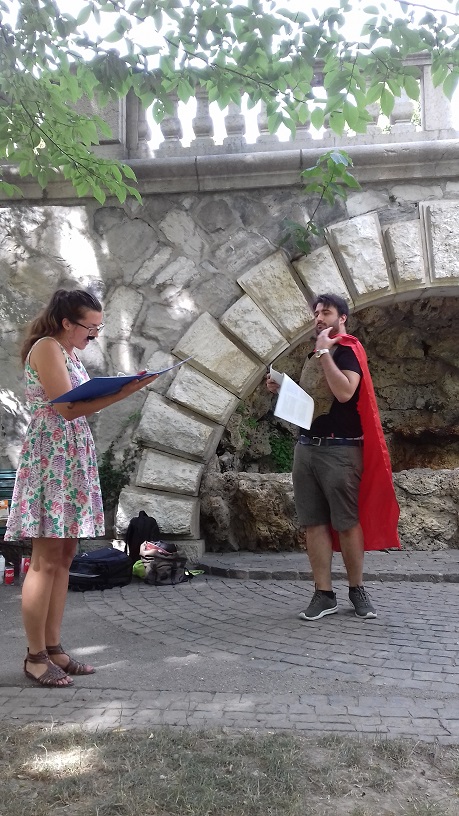 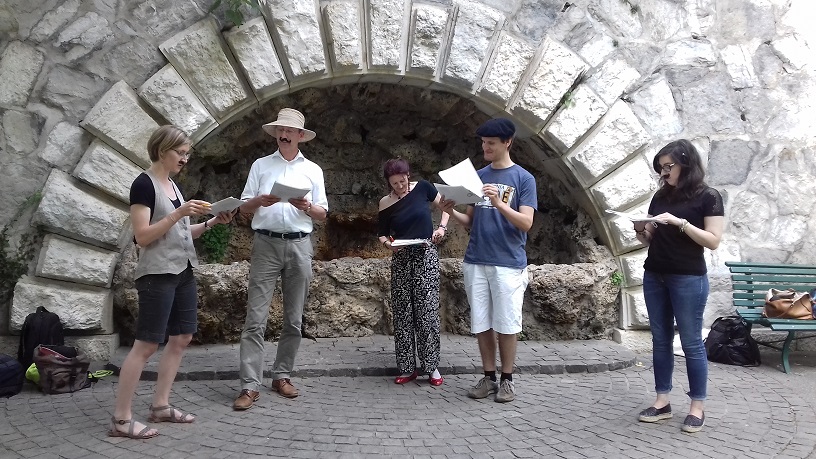 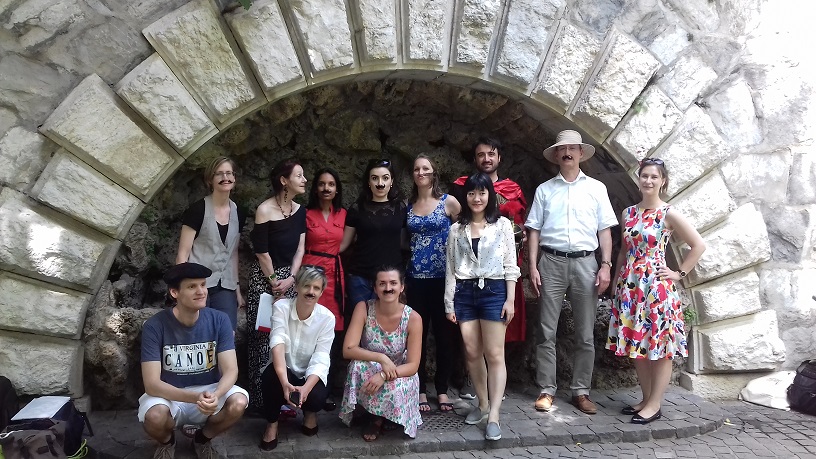 Bryn Skibo-Birney gave a presentation to the Centre de formation professionnelle technique (in Petit Lancy) on the topic of "Amérique: rêve ou cauchemar ?" She discussed the links between literature and real life, politics, and violence in the United States today, using The Handmaid's Tale as a case study (as well as recounting her own experience as an American immigrant in Switzerland).

On 25 and 27 April (2017), Bryn Skibo-Birney gave two presentations at the Graduate Institute of International and Development Studies, on argumentative essay writing and group writing. The events were put together in the interest of the Graduate masters students, who were writing their theses, as well as masters students working on group projects. For the first workshop, they discussed the thesis-driven essay, argumentation and its links to essay structure, as well as prepping and scheduling the writing process. For the second workshop, they discussed the importance of clear and concise communication, the necessity of meeting regularly, and the means of developing a coherent argument and structure through the input of multiple people.

In various forms, from childhood rhymes to contemporary rap, poetry is omnipresent, and yet many students and even teachers shy away from it in the classroom. This workshop attempts to demystify the genre, and explores ways of introducing some of the great poets to students of English. Some students may enjoy the opportunity to engage in a little writing themselves.

February 2017: Valerie FEHLBAUM - 'Frankenstein' (for all teachers in the Ticino)

The first part of this workshop was dedicated to a close reading of both the 1818 and the 1831 texts, in an attempt to examine why and how issues raised in the summer of 1816 still resonate so vividly today. Then participants considered varying interpretations and re-interpretations of the novel, and attempted to understand why it has spawned so many adaptations.

In January 2017 Valerie Fehlbaum proposed a study day for teachers in Bellinzona on life in Victorian Britain, focussing on the significant changes brought about by the inauguration and expansion of the railway system.

Please consult the following link for information related to this presentation by Oliver Morgan:

Florence Hazrat gave a lecture to the Geneva Shakespeare Reading Group, mainly composed of retired UN employees. The first lecture was on Shakespeare and Music, the second on European Shakespeare.

Erzsi Kukorelly organized a discussion session with Olivier Lafrance, director of the Grütli Theatre's production Frankenstein, Morceaux Choisis, and students of the Faculty of Translation.  The topic was translating and adapting Mary Shelley’s Frankenstein. Students and other members of the university community were given free tickets to attend the play.

Valerie Fehlbaum taught a workshop for Ticinese secondary-school teachers on romantic comedies, focussing on Shakespeare's As You Like It.

See the PDF file of the slideshow presentation.

Martin Leer gave an interview on Bob Dylan to the Tribune de Genève, on the occasion of the songwriter's winning the Nobel prize for literature. 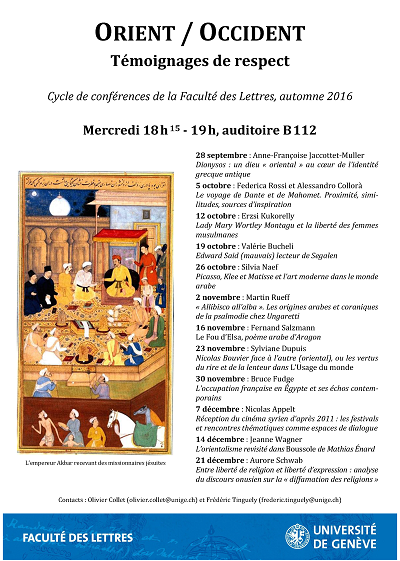 David Spurr curated the exhibition "Frankenstein, créé des ténèbres" at the Martin Bodmer Foundation in 2016. Drawing on archives in several countries, the team was able to present manuscript materials, original editions, and works of visual art to celebrate the origins of the novel in Cologny in 1816. The exhibition broke records of attendance for the Bodmer, and was covered by many media outlets.

For a full description, see the link below:

The photo below was taken by CNN reporter John Malathronas in the rose garden of the Villa Diodati. David Spurr calls it "A l'ombre de vieux hommes en fleurs." 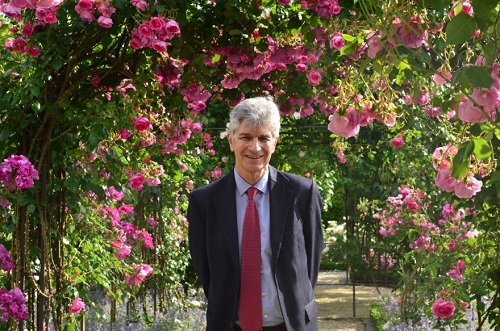 Valerie Fehlbaum gave the opening lecture (portraying Shakespeare's sister) at an Elizabethan evening in Lugano to commemorate the 400th anniversary of the Bard's demise.

Below is a photo of Valerie Fehlbaum as Shakespeare's sister : 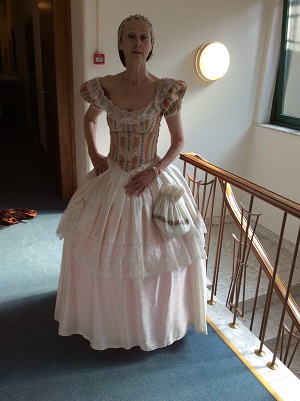 The full interview can be read here.

On 8 March 2016 Lukas Erne made an introduction about Shakespeare at the  'Shakespeare@Voltaire' event, organized by Collège Voltaire in Geneva.

See the poster for this event.

February 2016: Valerie FEHLBAUM - A Day on 'Shakespeare - for all time'

In February 2016 Valerie Fehlbaum gave a study day for teachers in Mendrisio entitled "Shakespeare : ‘Not For An Age, but For All Time’(s)", in which Shakespeare's enduring legacy was examined through the prism of his last play, The Tempest.

Four classes from the COPAD (Collège pour adultes), together with their teachers, came to the university to participate in this workshop on monsters and monstrosity. This is the largest group Erzsi Kukorelly has presented to – about 80 people – and it went well.  The feedback from the students was positive: they understood what was being said, and they felt that the workshop was useful and interesting. 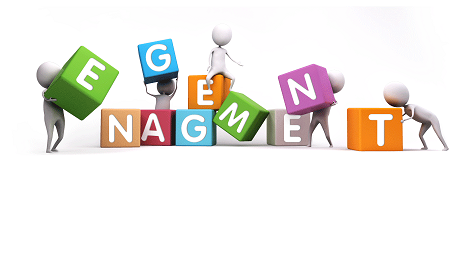