A highly topical and sometimes contentious notion, posthumanism continues to spark debates as to how it is and should be defined, particularly in relation to humanism. One might ask whether the posthuman is merely an imaginative, literary, and/or theoretical figure or if we are already posthuman. Is posthumanism simply “after the human” or does it speak to a being beyond, above, within, encompassing, and surpassing what we currently know as “the human”? Moreover, even if we recognize that posthumanism is inextricably bound to and wound up in humanist discourse, does the posthuman figure effectively open up alternative perspectives and positions from which to question, to destabilize, and to decenter the human?

These questions permeate contemporary literature, film and television, comic books, video games, social media, philosophical and theoretical essays in which posthuman figures abound. From avatars and cyborgs to clones and zombies, the posthuman appears continually to challenge the line dividing the human from the nonhuman. Whether blurring the distinction between human and machine, human and animal, organic and inorganic, or the living from the dead, whether destabilizing gender, sexuality, race, class, age, the mind/body dichotomy, or species categorization, posthumanism points to the ways in which (the exclusion of) the Other is necessary to the self-bounded identity of the human(ist) subject. More than a contemporary issue, posthumanism appears whenever “humanness” or anthropocentrism is in crisis, and critics have accordingly noted the presence of posthumanist thought, themes, and figures not only in postmodern literature but in much earlier literary periods as well.

The aim of this conference is both to explore the multiple ways in which posthumanism in its various configurations questions, complicates, destabilizes, and “haunts” humanism and the human, as well as to discuss theoretical approaches to posthumanism and/or the posthuman. In addition to inhabiting a wide range of literary periods, genres, and media, posthumanism can also be said to blur the seemingly well-defined borders between humanities disciplines, lending itself to interdisciplinary approaches involving literary and cultural studies, media studies, animal studies, and fields like the digital, medical, and environmental humanities, as well as drawing from multiple theoretical frameworks such as feminism, gender studies, queer theory, race theory, disability studies, postcolonial studies, psychoanalysis, and deconstruction. 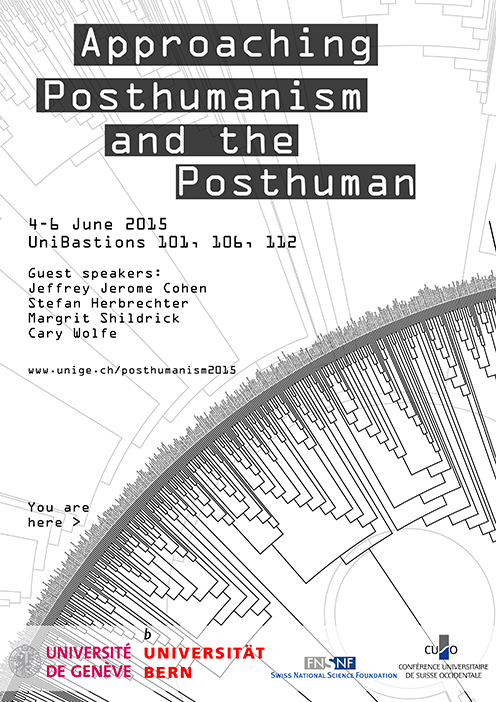