The 15th International Springtime Academy organised by the International Consortium of Art History will take place at Geneva University from 8–12 May 2017 on the theme of ‘imagination’. The Academy will bring together doctoral and post-doctoral students of a whole range of disciplines and specialisations to share research, working methods and experience in an international and interdisciplinary dialogue with advanced scholars and professionals. The programmes of previous Springtime Academies are available on the website www.proartibus.net. Participation in the Springtime Academy is a prerequisite of obtaining a supplementary diploma in the pursuit of international studies in art history.

We thus recommend masters, doctoral and post-doctoral students to submit a precise outline of their research subjects, whatever field and period of art history they are studying and whatever forms of expression they wish to address.

Presentation of the subject

Art and imagination have always been closely related, for reasons both obvious and complex. The 15th Springtime Academy will be dedicated to this theme, in order to clarify its multiple dimensions. Primarily, imagination is the faculty to invent and to conceive. In consequence, the word ‘imagination’ denotes the result of the act of imagining, which may be articulated as the ‘imagined or imaginary object’, and made manifest in the act of ‘rendering visible’ or ‘representing’. In light of this reading, the poietical dimension of the word ‘imagination’ – its capacity to bring forth, to engender a thing – gains in significance. The daily sessions of the 2017 Springtime Academy will therefore be devoted to reconsidering the notions, functions and achievements of imagination in art and architecture throughout history.

It is essential in this context to take into account the etymological source of the word ‘imagination’, the Latin term imago. The original meaning of the word is related to the Latin imitor by the mimetic dimension of a representation, i.e. the product modelled on its predecessors. Other uses of the word imago extend to visions of dreams, to fables and even to spectres, thus approximating the semantic field of the word imaginatio, which encompasses – but not exclusively – meanings such as fantasy, ideas and vanity. In this context, instead of imago, Latin writers resorted to terminology borrowed from the Greek, employing words such as phantasia (ϕαντασ́ια) or phantasma (ϕαντασμα), precursors of the English word ‘fantastic’.

Aristotle held that the fantastic dimension of imagination lay ‘mid-way’ between perception and reflection. This concept remained current throughout the Middle Ages particularly in the works of Boethius of the early 6th century. In his commentary on Aristotle's Peri Hermeneias (On Interpretation), Boethius places imaginatio between sense-based perception and cognition. The plural ‘imaginations’ (imaginationes) refers to that which has a sensorial quality, thus generating an understanding (intellectus) beyond all experience.

In this perspective, medieval imagination both in its textual and pictorial productions stimulates the mind and sustains creation. Imagination can thus be perceived as the foundation of all understanding. During the modern period, the notion of imagination is associated with different theoretical concepts of ideas and of invention (imaginatio, disegno, inventio). These concepts are transmitted – and subsequently developed – in exceptionally varied and effective ways in the art and the architecture of that time.

In the 16th century, Vasari declared that only those works conceived by a riotous imagination could spark the imagination. The author of the Vite was, it seems, perfectly aware of the bond that exists between the imagination of the artist and that of his public as well as of the fact that the exercise of imagination correlates the act of perception, and, accordingly, that the impressions created by the painter’s particular execution lead the spectator to recognize the object represented. The sensations produced by an empirical model born of the mind and guided by the perception of art constitute a conduit to ideas as well as to recognition of the object. In the 17th century, Roger de Piles observes that the spectator is pleased to discover and to finish whatever his imagination ascribes to the painter, although this is in fact nothing more than a fancy of his own. In the 18th century, in England, Joshua Reynolds writes of Thomas Gainsborough’s work that the artist’s ‘indeterminate’ manner of painting contains enough of the ‘general effect’ to recall the original to viewers, whose imagination would fill in the gaps far better and more exactly than the artist could ever have.

In contemporary times, the spectator’s role in art, presupposed throughout the whole process, from the conception to the production of a work, has not only gained considerable importance but also become inevitable, a key factor. The growing significance of the spectator’s active participation in the genesis of a work of art was analysed by Umberto Eco in his Opera aperta (The Open Work). At the same time, the notion of imagination as a faculty surrenders to the somewhat vague notion of the ‘imaginary’, as demonstrated by Jean-Paul Sartre’s book on the subject. In this work, the French philosopher seeks to describe those major functions of consciousness apt to foster the creation of ‘non-realities’ or ‘the imaginary’ (l’imaginaire). If the latter is intimately linked with the activities of a conscious mind, the categorisation of imagination as a faculty is untenable.

Also in the field of architecture and urbanism imagination plays a pivotal role. The will to construct a world without a model has been manifest since Antiquity. Celestial Jerusalem, the harmoniously laid out monumental city (or temple) mentioned in the biblical Apocalypse, ranks among the most famous examples. During the medieval and the modern periods this spiritual site appears in numerous texts and images. Other constructions ‘re-imagined’ a posteriori, such as the wonders of Antiquity, continue to be represented to this day. The founding act of the modern utopia can be traced back to 1516, when Thomas More published his eponymous work of fiction depicting the Island of Utopia, its inhabitants and its harmoniously planned cities. The book lays down the premises of what is to become a wholly new literary genre, the aim of which is to divert us from the ‘déjà-vu’ and to express discontent with the status quo here contrasted with an imaginary society endowed with every virtue. Utopian fiction enlists architecture and urbanism in order to enhance its credibility. Henceforth, architects propose utopian projects able to be realised in a more or less immediate future; but they also propose impossible constructions and unreal realities with the aim of fostering reflection and debate on urban, social and global architecture, and on the utility of the utopian imagination.

The call for papers will appear online on the website of the Réseau (www.proartibus.net), the University of Geneva (www.unige.ch/edp2017), the INHA (www.inha.fr) as well as the other institutions of the members of the Réseau. Postgraduate students – PhD and Postdoctoral – who would like to participate are asked to submit a proposal for a paper of no more than 15 minutes length, together with a short CV that includes foreign language abilities. Proposals should be no more than 1800 characters or 300 words in length and can be written in English, French, German, or Italian. They should be submitted in a Word document, and should include the name of the applicant, mailing address (electronic and postal), the institution and the country where the applicant is registered.

The proposal and the CV should be attached as a single document to an email and identified in the subject heading by the applicant’s name and country in which the applicant is registered (file name: Proposal_first name_ name_institution, example: Proposal_Leon_Battista_Alberti_UNIFI). Emails should be sent to: edp2017(at)unige.ch no later than Tuesday 20 February 2017.

The proposals will be selected by the countries in the Réseau. The national correspondents will send the list of the selected proposals, by mail, to the organizing committee during the first week of March 2013. The organizing committee, after consulting the Réseau board, will establish the École de Printemps program. The announcement of the selection of participants for the Ecole will be made mid-March. Nota bene: Successful applicants will be asked to submit an abstract of no more than 300 words, and to provide a translation of it into one of the other official languages of the Réseau. The abstract and the translation must be submitted as a word document, with a powerpoint for the presentation, within two weeks after the paper has been accepted. Since participants present papers in their own language, knowledge of other languages is indispensable. Participants from Latin countries should have some command of either English or German; English or German speakers should have some command of either French or Italian.

The following list includes a selection of research topics and perspectives; it has only indicative value. It is not necessary to refer to it in the proposal.

Imagination, perception, reception
In the mind of the artist / architect
Imagination of the beholder

Proposals to serve as a respondent

Students who have participated two times or more in previous Écoles are invited to serve as respondents instead of presenting a paper. In this way doctoral and postdoctoral students whose research is well-advanced are encouraged to participate in the Écoles by initiating discussion at the end of each session. Respondents will provide a critical assessment of the session, raising problems and questions either opened up or left aside by the speakers. Respondents may also pose new questions in order to pursue the debate in directions suggested by their own research.

Candidates applying to serve as respondents should apply following the same directions noted above (edp2017(at)unige.ch, before February 20, 2017), including a short cv. However, instead of a proposal for a paper, they should submit a short text explaining their motivation and specific expertise. Proposals should be no more than 2000 characters or 300 words in length and can be written in English, French, German, or Italian. They should be submitted in a Word document (file name: Proposal_first name_name_institution, example: Proposal_Louis_LeVau_ParisX), and should include the name of the applicant, mailing address (electronic and postal), the institution and the country where the applicant is registered.

Proposals for papers by professors

Each year the professors of the Réseau are able to propose a paper that will provide a frame for one of the sessions. Teachers wishing to intervene in the program are asked to contact the organisers with their intentions by email before February 20, 2017 at: edp2017(at)unige.ch. 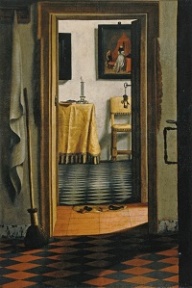