Several works on psychology are known to have been written by Theophrastus (372/69–288/85 BCE), Aristotle’s successor as head of the Lyceum. Most of them are only known through reports and quotations in later authors, notably in Priscian of Lydia’s paraphrase of Themistius’ De anima (early 6th century). These shorter fragments are all included in a new standard edition of the indirectly transmitted fragments of Theophrastus, edited with an English translation by a group of scholars under the direction of W. W. Fortenbaugh. However, this edition does not include a directly transmitted thirty-page text known as the De sensibus, in which Theophrastus reports and criticizes the views of eight earlier philosophers on sense perception and sense objects (Parmenides, Plato, Empedocles, Alcmaeon, Anaxagoras, Clidemus, Diogenes of Apollonia and Democritus). The current standard edition of this text is still the one prepared by Hermann Diels in 1879 for his Doxographi Graeci.

Diels considered the De sensibus to be a fragment of a work called  Physikōn doxai. This, he hypothesized, had been a thematically arranged inventory of earlier doctrines of natural philosophy in eighteen books, and the ultimate source of a whole tradition of late antique handbooks, the authors of which he dubbed ‘doxographers’. Diels’ hypothesis has been extremely influential, but has also incurred a fair deal of criticism lately. It has been suggested, for instance, that the De sensibus may be a fragment not of the Physikōn doxai but of the fourth or fifth book of the Physics, in which Theophrastus’ own views on sense perception and other psychological matters were expounded, or a self-contained work; the most recent sustained discussion, however, ends in a somewhat reluctant acceptance of Diels’ hypothesis. Further investigation is called for.

The De sensibus is a uniquely important source for our knowledge of several earlier theories of sense perception. It has been extensively drawn upon by scholars over the long last century. The criticism of Diels’ hypothesis, however, has been partly motivated by a new understanding of the nature and purpose of ancient doxographical literature. On this view, the De sensibus is not primarily an attempt to record faithfully the earlier philosophers’ views, but a ‘dialectical’ preparation for the exposition of Theophrastus’ own views, strongly geared towards this purpose (and on that account not wholly reliable as a source for the earlier theories). Recent scholarship has focused on the ‘dialectical’ aspect of the De sensibus.

The De sensibus is, in fact, the only Theophrastean work not available in a post-1945 critical edition. This project proposes to fill this gap, and at the same time to deal comprehensively with the content of the text in such a way as to sum up previous scholarship and lay the groundwork for future research. The project consists of five subprojects: (1) General Introduction; (2) Critical Edition; (3) English Translation; (4) Commentary; (5) Bibliography and Indices. In the General Introduction, the controversy around Diels’ hypothesis will be revisited, and the implications for the study of the De sensibus will be evaluated. The Critical Edition aspires to supersede the edition by Diels. The English Translation will be the first in over a century. A detailed line-by-line Commentary on the entire De sensibus has never before been published. This Commentary will combine discussions of the views reported by Theophrastus with discussions of his methods of reporting and of criticizing his predecessors. Each of the subprojects will be carried out as a collaborative effort by the two members of the research group. 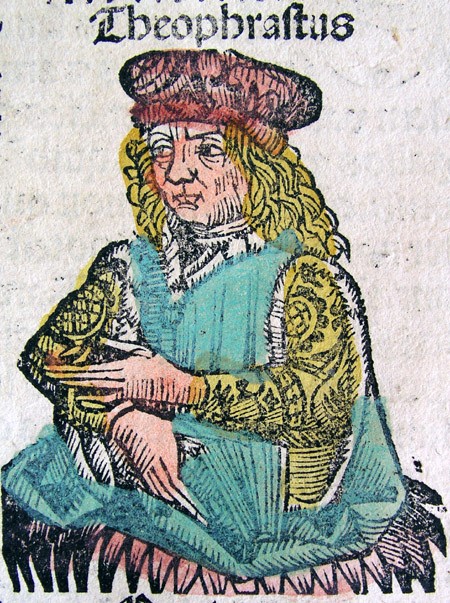