Islet of Langerhans transplantation appears as a valid method for the treatment of type 1 diabetes. The publication in the year 2000 of the results of the Edmonton protocol showed that it was possible to achieve rates of insulin-independence of 80% at 1 year in transplanted patients, thanks to a steroid-free, islet-sparing immunosuppressive regimen and an increased implanted islet mass, by the utilization of 2-4 donors for each recipient. Nonetheless, several questions remain and several issues have to be addressed in order to improve this method. These constitute the topics of basic and clinical research of the group. 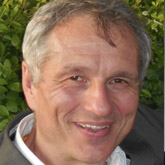