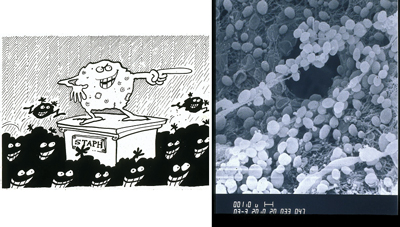 Since the last third of 1999, Geneva University Hospitals (HUG) have experienced resurgence of the previously controlled MRSA epidemic. In 2000, the incidence of MRSA (infected and colonized patients) has markedly increased over its peak value before control measures were implemented in 1994. The grave consequences of the epidemic, both for hospitalized patients and the institution have been extensively described. Briefly, hyperendemicity has led to a 4-fold increase in rate of MRSA bloodstream infection in 2000-2001, compared with annual rates during 1996-1998.
New cases are essentially the result of cross-transmission. These cases could have been prevented with adequate hand hygiene and contact isolation. A major obstacle to prompt isolation is the large unrecognized MRSA reservoir circulating among healthcare facilities. Ample evidence suggests that the early detection of occult MRSA carriers admitted in the hospital is a crucial step in controlling nosocomial transmission infection.
It is probable that by defining a specific risk-profile for admission-carriage of MRSA, a significantly lower percentage of admissions could be screened to detect the potential reservoir admitted at HUG. A targeted screening of high-risk patients (combined with a rapid detection technique) would facilitate planning for timely isolation while minimizing disruption in patient care. We therefore conduct different studies to evaluate the high-risk profile for on-admission carriage of MRSA and improve patient safety by early isolation.
Ongoing studies
1. To assess admission prevalence of MRSA at different sectors of the HUG
2. To assess independent risk-factors, readily available on-admission, for admission carriage of MRSA
3. To develop a sensitive and specific prediction rule for admission carriage of MRSA
4. To validate a rapid screening technique in high-risk units (e.g. ICUs)
5. To implement a rapid screening technique and assess its impact on MRSA transmission and infection rates
6. To retrospectively examine epidemiologic and molecular features that may have caused the ongoing MRSA epidemic at HUG 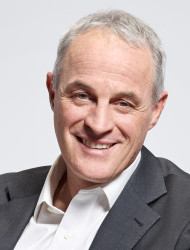