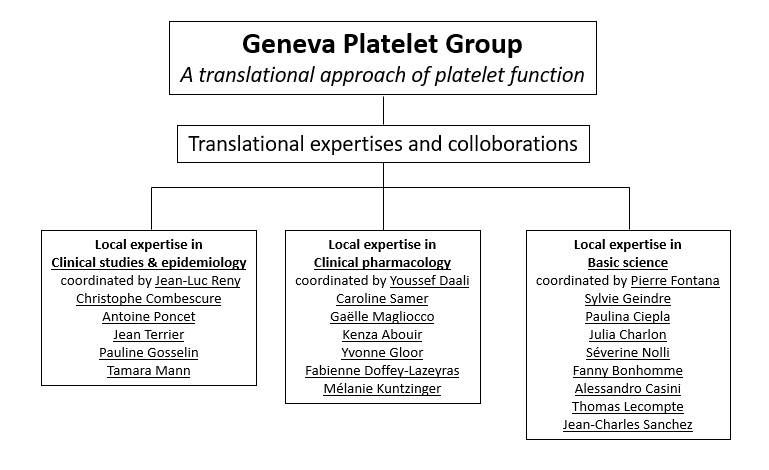 The Geneva Platelet Group co-directed by Jean-Luc Reny and Pierre Fontana is an interdisciplinary group working with complementary approaches in a truly translational way on the issues of platelet function and antiplatelet drugs. Investigational approaches include basic science, pharmacological, clinical and epidemiological research.

The ADRIE study was an observational study on the clinical relevance of platelet reactivity in aspirin and clopidogrel treated cardiovascular patients. The corresponding biobank allows several studies to be performed, including collaborative studies in the field of pharmacogenetics within international consortium.

MicroRNAs (miRNAs) are promising biological markers and may also be involved in the regulation of sets of genes related to platelet function. The aim of this project is to functionally validate candidate miRNA in platelet function regulation using human platelets generated in vitro and a model of zebrafish to assess thrombus formation in vivo.

Patients treated with antithrombotics are at risk of both severe ischemic and bleeding events. However, current clinical scores are insufficiently discriminant to predict the most favorable drug and dosing for an improved net clinical benefit. Physiologically and population-based pharmacokinetic models (PBPK and POPPK respectively) incorporate substrate specific properties obtained from experimental in-vitro experiments as well as patients' demographic, genetic and physiological in vivo data in order to characterize the dose-concentration relationships. As such, they can be used to simulate and predict PK profiles accounting for specific patients' characteristics and are the basis of dosing optimization. These models could be a valuable tool to predict antithrombotic blood concentration in a given patient. The main goal of the OptimAT study is to elaborate predictive models characterizing the dose-concentration relationship with influencing variables of three direct oral anticoagulants (DOAC) (rivaroxaban, apixaban, dabigatran) and three P2Y12 inhibitors (clopidogrel, prasugrel, ticagrelor) in hospitalized patients, which will serve as basis for drug selection and dosage optimization.

In numerous patients addressed for a bleeding tendency, despite a thorough laboratory assessment, no underlying bleeding disorder can be identified, leading to the characterisation of patients with bleeding of unknown cause. We investigate their haemostatic profile by an integrative approach combining whole global assays, fibrin clot properties and biomarkers with the aim to determine the cause of bleeding and predict the bleeding risk. 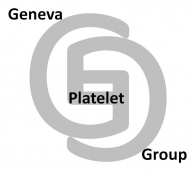 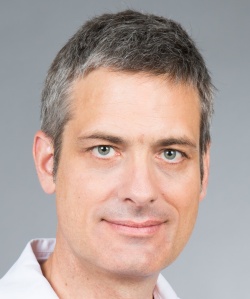 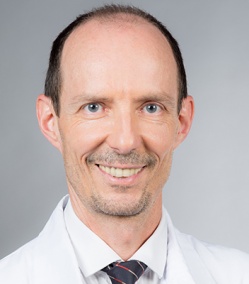 HUG
Division of Angiology and Haemostasis