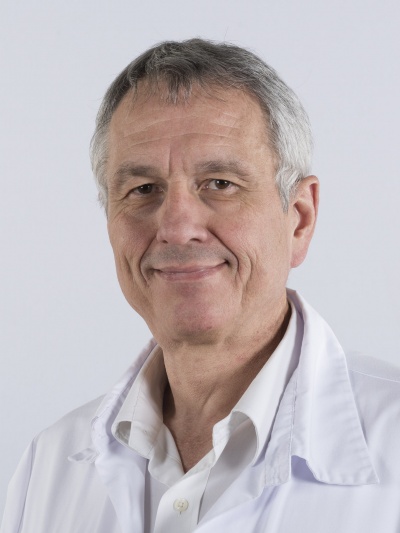 Thierry Berney obtained his MD at the University of Geneva School of Medicine in Geneva  in 1987. He did his postdoctoral work Post-doctoral fellow, at the Diabetes Research Institute and Cell Transplantation Center, University of Miami, Miami, USA, between 1998 and 2001. In 2001, he was back to Geneva to be Director of Pancreas and Islet of Langerhans Transplant Program, Department of Surgery, University of Geneva Hospitals. His current position is full professor at the Department of Surgery.

The processes that negatively influence the survival and function of isolated islets before and after transplantation are diverse, complex and not completely elucidated. In many tissues or organs, it has been shown that intercellular interactions, mediated by adhesion molecules, are fundamental for cell survival, proliferation and function. They speculate that perturbed intercellular contacts in islets following isolation procedure (involving enzymatic digestion and other upsetting operation) may lead to islet cell death and dysfunction. In islets, E-cadherin has been shown to be involved in endocrine cell differentiation and aggregation as well as in the maintenance of islet architecture. Now they investigate whether E-cadherin plays a role in the survival and function of human islets both in culture before transplantation and during cytotoxic insults after transplantation.