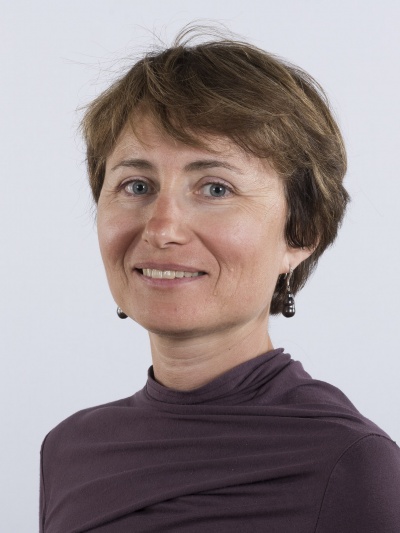 Charna Dibner completed her PhD in Medical Sciences in 2002 under the supervision of Professor Dale Frank in the Department of Biochemistry at the Technion Israel Institute of Technology, headed by Nobel Laureate Professor Avram Hershko. She completed her postdoctoral studies in the Department of Molecular Biology at University of Geneva, with Professor Ueli Schibler, worldwide leading expert in circadian rhythms. In 2009, she was appointed as a Group Leader (Biologist) of the Laboratory of Circadian Endocrinology in the Division of Endocrinology, Diabetes, Hypertension and Nutrition. Charna defended her Private Docent thesis in 2014. She was awarded with a number of prestigious prizes like Roche Research Foundation prize (2004), Takeda prize for diabetes research (2011), SFD award (2011), CRC award (2012) and the award by Fondation Romande pour la recherché sur la Diabète (2010, 2014).

Roles of rodent and human peripheral circadian system in metabolic diseases
Circadian oscillation of biological processes has been described in most of the light-sensitive organisms. It reflects the existence of intrinsic biological clocks with near 24 hour oscillation periods. Over the last years, our research focused on the molecular makeup of mammalian circadian oscillators. We discovered that mammalian cellular clocks are resilient to the changes in general transcription rates and unravelled the molecular mechanisms of the interconnection between temperature and transcription compensation of the clocks.

It is well established that circadian clocks play a crucial role in the regulation of key metabolic processes. Moreover, there is a growing body of evidence for connection between metabolic pathologies, including obesity, diabetes and the circadian clockwork. My newly established research group succeeded in setting up the experimental system for long-term recording of circadian reporter oscillations in human primary cultured cells from different tissue types. Using this powerful approach, we have revealed the presence of a robust circadian oscillator in human pancreatic islets and islet cells. Human islet oscillator entrainment properties and its impact on islet gene transcription have been characterized. Currently this research line has been further developed, focusing on the physiological importance of α-cell, β-cellular clocks and skeletal muscle clocks as well as their potential roles in obesity and type 2 diabetes (T2D) etiology.

The prevalence of obesity and diabetes in modern society is taking on enormous proportions. It is therefore of major importance to identify the molecular basis of circadian rhythmicity in rodent and human peripheral tissues in physiology and upon obesity/T2D.