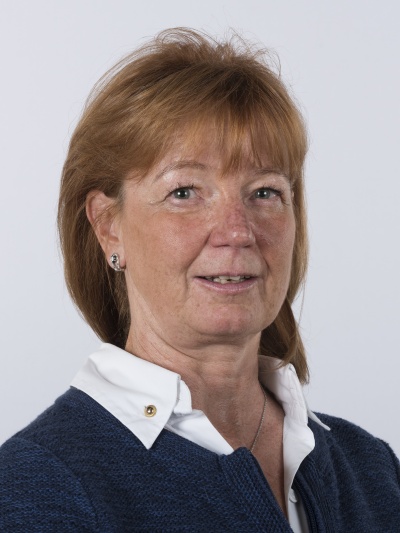 Dr. Ildiko Szanto obtained her MD degree at Semmelweis University School of Medicine, Budapest, Hungary (Diploma “cum Laude”) in 1989. She completed her postdoctoral training at the Institute of Biochemistry (1989-1996) and later in the Joslin Diabetes Center under the direction of C.R. Kahn. She moved to Geneva in 2000 to study the role of NADPH oxidases (NOX-es) in ageing-related pathologies. She established her independent research group in 2003 centred on the role of NOX-es in metabolic disorders, diabetes and oxidative stress. From 2011, she was appointed “Medecine adjointe au chef de service” at the Geneva University Hospital to promote translational research in the Service of Endocrinology and Diabetes.

NOX enzyme-mediated ROS production as a link between macrophage differentiation, adipose tissue inflammation and the regulation of lipid homeostasis
The main research topics of Dr. Szanto's lab are the molecular mechanisms governing the onset of metabolic diseases that are linked to the production of reactive oxygen species (ROS) and inflammation. In specific, they focus on these processes in the regulation of fat accumulation between adipose tissue and ectopic sites of fat depot, e.g. the liver. The controlled production of ROS is increasingly acknowledged as a crucial mediator of healthy cellular metabolism. Inflammatory cell function is linked to the development of excess white adipose tissue storage and insulin resistance, while anti-inflammatory cells and cytokines exert a beneficial effect on glucose- and lipid homeostasis through the promotion of brown fat development. Their recent data indicate that a particular NOX enzyme isoform, NOX4, is a crucial mediator of anti-inflammatory (Th2-type) macrophage differentiation and thus, plays a critical role in the regulation of metabolic homeostasis. They generated mouse models lacking both NOX4 and STAT6, the major transcription factor of Th2-type macrophage differentiation to have readily available models to evaluate the role of NOX4-derived ROS in the protection against metabolic diseases. They employ an unbiased proteomic approach to uncover novel targets of NOX4-derived ROS production with a specific emphasis on its effect on the interaction between STAT6 and the adipose-tissue differentiation factor PPARg. A coordinated interaction between these two redox-sensitive transcription factors is crucial for Th2 macrophage differentiation and therefore, for the regulation of fat deposition and the maintenance metabolic health. Isoform-specific modulation of NOX enzyme activity is among the emerging pharmacological targets for diverse pathological conditions, thus, their studies contribute to uncover a novel aspect of this therapeutic approach.