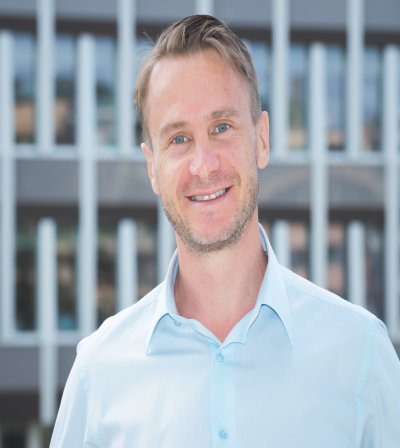 Adipose tissue plasticity and gut microbiota in obesity and insulin resistance
The main interests of his lab are the molecular mechanisms underlying metabolic diseases, primarily obesity and insulin resistance. Mammals have two types of fat: brown and white, with opposing functions. The white fat is an important regulator of the whole body homeostasis that also serves to store energy in the form of triglycerides. The main function of the brown fat is to burn lipids in order to produce heat, a function that can be induced by cold exposure or diet. Brown fat cells also emerge in the subcutaneous white fat (known as “beige” cells) in a process referred to as fat browning. Recent evidence strongly supports the existence of functional brown and beige fat in adult humans. Promotion of increased brown fat development in humans and experimental mice leads to increased energy expenditure without causing dysfunction in other tissues, suggesting the manipulation of the fat stores as an important therapeutic objective.
The intestinal microbiota co-develops with the host and its composition is influenced by several physiological changes. The microbiota influences the whole-body metabolism by affecting energy balance implying the gut microbiota as a key player mediating the tight control of the energy homeostasis. One part of our research is focused on the role of the gut microbiota in regulating the metabolic health and, in particular, the response of the host to the changes in the gut microbiota composition. Research interests include immuno-metabolism and the roles of the adipose tissue as well as the gut in the regulation of metabolism. The projects involve using state-of-art technologies and in vivo animal models, in vitro systems, cohorts of human patients and linage tracing studies generally aiming at developing strategies for treatment of dyslipidemia, diabetes and obesity. A deeper understanding of these axes is a prerequisite for optimizing therapeutic strategies to manipulate the gut microbiota and the host response to combat disease and improve health.