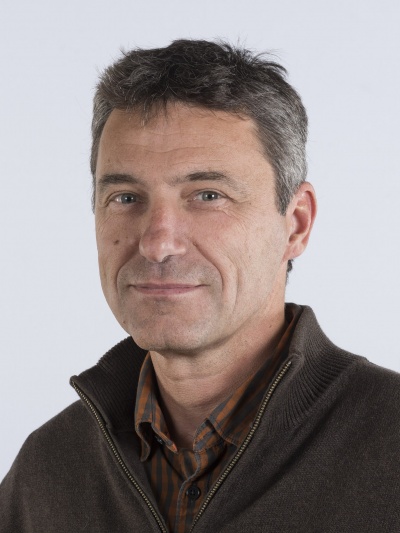 Pierre Maechler graduated in biology in 1986 with a Master degree on neutrophil activation. He then joined a pharma company working on the identification of drug targets for treatment of lipid disorders. From studies in this company, Pierre obtained his PhD from the University of Geneva in 1993 on the mechanisms leading to diabetes-associated hypercholesterolemia. In 1995, he joined the lab of Claes Wollheim as post-doc fellow to investigate the role of mitochondria in beta-cell function. These studies led to the discovery of glutamate as an intracellular messenger regulating insulin exocytosis. In 2001, Pierre started his own group at the University of Geneva, thanks to a career development award obtained from the Max Cloëtta foundation. He was nominated associate professor in 2006 and promoted full professor in 2011 at the Faculty of Medicine. Since 2014, Pierre is also director of the Cell Physiology and Metabolism Department. Maechler’s group currently works on the role of mitochondria in pancreatic islets and central nervous system, with putative links between these organs through specific mitochondrial pathways.

Roles of mitochondria in energy homeostasis
Maechler’s lab investigates how mitochondria integrate and generate metabolic signals controlling energy metabolism, with a special focus on the coupling of glucose recognition to insulin exocytosis. Previous work in beta-cells has demonstrated that the mitochondrion is the source of factor(s) generated by nutrient stimuli. This factor, identified as being glutamate, participates to the stimulation of insulin secretion by amplifying calcium-activated exocytosis. The mitochondrial enzyme glutamate dehydrogenase plays a central role in this process and Maechler’s work using tissue-specific Glud1 knockout shed a new light on these pathways. Current work investigates generation, intracellular transport and mechanism of action of glutamate in beta-cells and central nervous system.