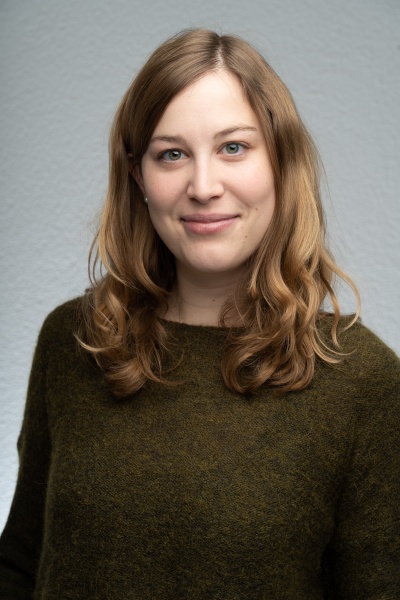 Marie Leyder has been a PhD Candidate in the history of medicine and gender studies since March 2018. Her thesis project is entitled " The emotional battle of nurses and war godmothers on the Yser front (1914-1918)" and is co-directed by Professors Dolores Martín Moruno (IEH2) and Delphine Gardey (Institute for Gender Studies), as part of the SNSF project “Those Women who performed Humanitarian Action: A Gendered history of compassion from the Franco-Prussian War to the Second World War.”

She graduated from the Université Libre de Bruxelles with a Master's degree in Modern Languages and Literatures (2014). Her final thesis, "¿Una novela intrahistórica? El caso de tres autoras mexicanas" focused on the analysis of Luz Marina Rivas’s theory of the intrahistorical novel. The latter is characterised by the literary initiative of recovering voices that have been forgotten by official history and proposes to recover, in particular, those of women. Marie Leyder also holds an Erasmus Mundus GEMMA Master's degree in Gender Studies (2018), completed at the University of Granada (Spain) and the University of Hull (UK).

Combining the history of gender and the history of emotions with the history of humanitarianism, literary studies and visual and material culture, her thesis project aims to offer a new interpretation of the First World War by examining the practices and experiences of war nurses and godmothers during the conflict. In order to achieve this goal, she uses sources such as official reports from humanitarian organisations, as well as personal documents, such as letters, diaries and photographs.

- History of the First World War

- Knowledge and practices of care

- Material and visual culture of the humanitarian movement

Marie Leyder is involved in teaching history of humanitarian medicine as part of the Global Health and Humanitarian Medicine programme at the Faculty of Medicine.