[117] Research on Nicotine and Tobacco

Electronic cigarettes and heated tobacco products are disruptive technologies that may obsolete traditional cigarettes. J.-F. Etter pioneered research on this topic, he started studying e-cigarettes in 2009 and is credited with publishing some of the first scientific papers on e-cigarettes. He published a widely cited analysis of the behavior of e-cigarette users and a comprehensive book on e-cigarettes, the first of its kind on the topic. He is currently conducting 3 different studies on e-cigarettes.

Jean-François Etter explored new ways to use nicotine therapy, in particular for smoking reduction in smokers unable or unwilling to quit, and as a pre-treatment before smoking cessation. He initiated and was the principal investigator of the second randomized trial ever conducted on nicotine replacement for smoking reduction in smokers unwilling to quit.

Cytisine has been used as a smoking cessation drug in Eastern European countries for decades, but it was almost unknown in the West until J.-F. Etter conducted the first meta-analysis of cytisine for smoking cessation. This influential paper stimulated researchers who conducted several other studies confirming the efficacy and safety of cytisine. Cytisine is pharmacologically close to nicotine and varenicline. Because it is cheap and cannot be patented, cytisine has the potential to produce substantial health benefits in countries that cannot afford nicotine therapy or varenicline. 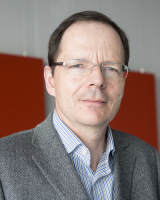