The Division of Health and Human Rights led by the Prof. Mpinga is articulated around 4 main research fields

1.      Identifying the violations to fundamental rights impacting on public health

3.      Getting reliable indicators of surveillance of human rights implementation in the field of health at a global  level

This Division is part of an international network led by the University of Harvard. Research work focuses on the nature of the relations between health and human rights, indicators of implementation of right to health, as well as epistemological foundations of this discipline in a global perspective. In collaboration with the humanitarian medicine of the University Hospitals of Geneva (HUG) and diverse organisations working in the field of humanitarian action, research directs towards the economic and social costs of violation of human rights and the strategies of prevention of human rights violations in health systems.

The division takes part in the research of the Laboratory “Big Data in Global Health”, especially through the works intended to better understand the protective potential of massive da-a in the implementation of right to health surveillance on one hand, and on risks of human rights violations in the process of collecting, stocking, exchanging and using data on the other hand.

An Interdisciplinary Exploration of Its Realities, Burden, and Framing

Noma (cancrum oris) is a gangrenous disease that predominantly affects young children living in conditions of extreme poverty in Africa, Asia and Latin America. While surgery is costly and complex, if diagnosed early, Noma’s full onset is preventable and inexpensive to treat. Yet, the majority of children likely do not receive medical attention or receive it too late to save their faces and often their lives.

A disease of extreme poverty, with multiple causes, Noma is perhaps the most visible symbol of failing health systems. On October 15, 2019, the Institute of Global Health (ISG) of the UNIGE Faculty of Medicine launched a project led by an international multidisciplinary consortium to better understand the causes of the disease and the means to control it. Funded by the Swiss Network for International Studies (SNIS), the project "Noma, The Neglected Disease, An Interdisciplinary Exploration of Its Realities, Burden and Framing" is directed by Prof. Emmanuel Kabengele Mpinga of the ISG and will last two years.

The project aims to answer questions about the burden of the disease at the global and household levels, its economic and social costs, the profile of survivors and the impact of the disease on the rights of affected persons, and the effects of the lack of respect for these rights on the epidemiology of Noma. It will also aim to have Noma included in the WHO list of neglected diseases.

The interdisciplinary international research team will draw on a mixed-method cross-disciplinary approach  to research, to establish Noma’s epidemiology and global bur-den, to portray the experiences of child and adult Noma survivors, and to evaluate the implications of the framing of Noma as a human rights issue and neglected tropical dis- ease (NTD). The case study contexts are Burkina Faso, Laos, Niger and, taken together, Europe and North America.

To know more about this project, the team and partners involved:

Health and Human Rights: Economic and social costs of Torture and others forms of human rights violations

Different forms of Human Rights violations cause economic and social costs, for which estimation models and levels remain relatively unknown. Results of such studies are important for the prevention, compensation and fight strategies against such practices. Studies were about:

-      Creation and testing of an estimation model applied to Switzerland in collaboration with Dr. Conrad Frey from the Psychiatric Clinic, Obwalden Cantonal Hospital, Sarnen

- Study on challenges and methodological opportunities of torture costing estimation in col-laboration with Profs Kandala from Northumbria University (UK) and Bukonda from Wichita University (USA).

-Study on the rehabilitation care programmes on health of torture survivors in Europe in col-laboration with Danish Institute against torture- Dignity. (Ongoing)

-    Conception and Testing a estimation model on Noma Economic and social costs: A case study from Burkina Faso and Niger as a part of Noma Project (Ongoing)

Preparatory work for the creation of an academic chair on female genital mutilations and other harmful traditional practice.

Female genital mutilations (FGM) affecting about 130 millions of women worldwide .Although the first attempts for abolishing this practice date  back to the XVIth century in Ethiopia, the fight against FGM is rather recent. We note a lack of precise data and methodological limitations of studies, social mechanisms that continue the tradition are not systematically explored. Psychological, sociological, economic and political effects of this tradition are rather neglected. Evaluation of fieldwork is insufficient or carried out in a non-systematic manner. Evaluation tools available for field workers are inexistent. Numerous stakeholders have not received suitable training. This context pre- vents actions of prevention and fight.

The projects aims at enabling the development of research activities and teaching for the creation of a chair in public health and human rights based on the FGM and other harmful traditional practice. It aims at:

1.    Undertaking research in the field of FGM

2.    Develop and test pedagogical material on FGM and organize a methodological seminar

3.    Conceive the research and teaching programme of the chair

4.    Create a network of partners at a global scale 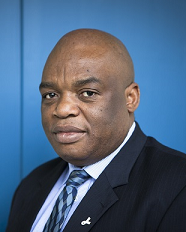