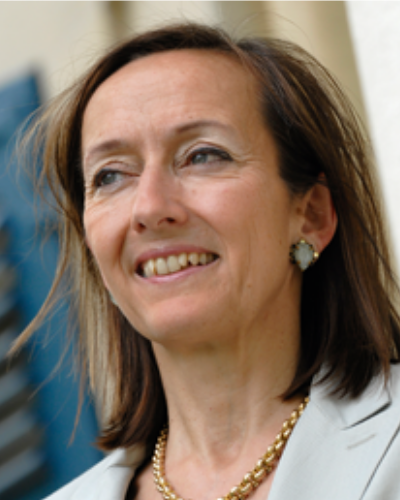 Dr. Borisch is an MD and a Histopathologist, MPH and Fellow of the Royal College of Pathology (UK). Her scientific research work delves into neoplastic lesions of the immune system and breast cancer. Her interests also include community-based oncology, as well as health communication and global health.

She studied Medicine and Modern History in Kiel (Germany) and Lausanne (Switzerland). She completed her pathology residency in Kiel, Würzburg and Bern (Profs Lennert, Müller-Hermlink and Laissue). In 1995 she was appointed professor at the University of Geneva. She was director of the institute of Clinical Pathology until 2003. Since then she is at the Institute for Global Health. She has close collaborations with the World Health organisation, the International Agency for the Research in Cancer and is a board member of several foundations and academic societies both in Switzerland and internationally.

She is he Editor in Chief of „Pathobiology“ and the Co-Editor of „Journal of Public Health Policy“.  In addition to her academic work she acts as the Director and Head of the World Federation of Public Health  Associations and holds positions at several Committees of Public Health oriented institutions.

She was president of Europa Donna – The European Breast Cancer Forum and Founding President of the Swiss Forum of Europa Donna. She teaches at the University of Geneva, the Swiss School of Public Health and also interacts with patient support groups.  She is authour of over 120 scientific papers and 2 books.