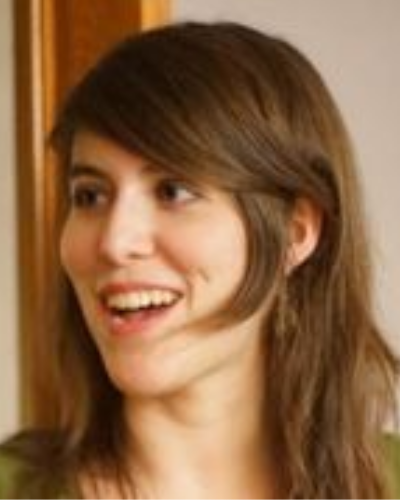 Marousia is a data scientist and postdoctoral researcher in the division of Infectious Diseases and Mathematical Modelling.

In 2011, after two years of “classes préparatoires” (selective dual master in management and engineering, with advanced courses in mathematics and physics), Maroussia entered the Ecole Nationale Supérieure des Mines de Saint Etienne, an institute of science and technology in France, for a three-year formation including in-depth training in computer science, numerical analysis, applied mathematics and fundamental physics.
During the last year of her engineering formation, she also did a dual degree at the Institut de Planétologie et d’Astrophysique de Grenoble, France. In september 2014 she both graduated as a general engineer (Ingénieur Civil des Mines) and obtained her master degree in astrophysics, plasmas and planets.

In 2018, she achieved a PhD in Astronomy and Astrophysics, after four years as research and teaching assistant at the Astronomical Observatory of the University of Geneva. Her thesis was about the scientific analysis of short timescale variable stars, namely stars with luminosity varying with time, over timescales shorter than one day, as part of the European Space Agency cornerstone mission Gaia, whose aim is to obtain a multi-dimensional map of our galaxy, the Milky Way, with unprecedented precision.

In September 2018, Maroussia joined the Institute of Global Health, where she performs epidemiological studies, such as survival analysis or risk factor investigation, for the Swiss Hepatitis C Cohort Study (SCCS), a prospective national cohort study established in 2000 and including about 5000 persons with hepatitis C in Switzerland.